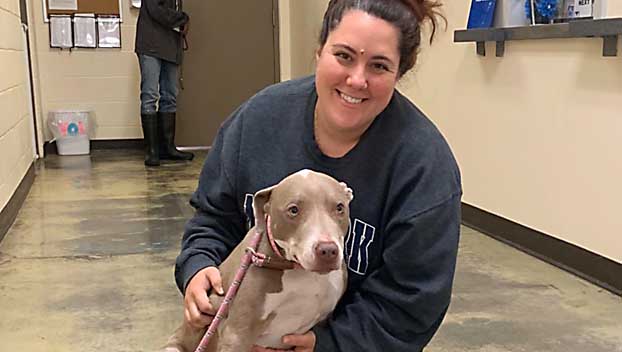 A Tennessee woman recently was reunited with her lost dog — six years after the dog went missing.

Holly Workman told Memphis area media that her dog Rae went missing years ago and was apparently picked up by someone who kept the dog.

After the man was arrested did police realize the dog wasn’t originally his. Police found the dog had a microchip inside it with the originally owner’s identification.

Police then contacted the Memphis Animal Services who, in turn, were able to locate Workman.

“The phone call six years later was not anything that I was expecting at all,” she told WREG-TV. “It was just kind of a shock, when it came across that she had been found like this. I don’t think I’ve ever heard of anything like this.

Workman say Rae is adjusting to her new/old environment.