Suspected thief seems to know he was caught on camera; Mississippi police need your help identifying him 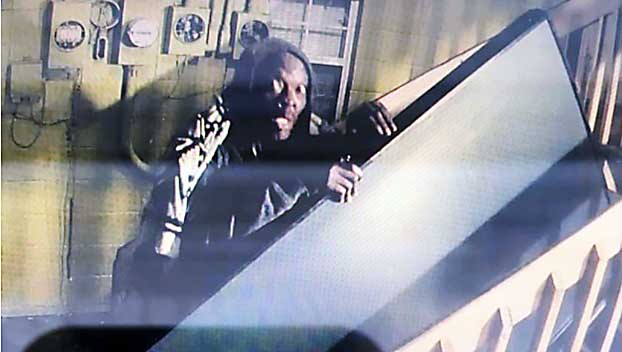 Police in the small Mississippi town of Tylertown took to social media Tuesday to help identify a suspected thief who appears to have realized he was caught in the act by a surveillance camera.

“Can you help identify the male in the picture? He is a person of interest in a larceny case,” Tylertown police wrote on social media.

The shared image appears to be a photograph of a middle-aged black male, ascending a set of stairs while seemingly carrying a large, flat-screen television.

The man’s face appears startled as he faces the camera.

Police ask that anyone with information call them at (601) 876-4440. Tips, police said, will remain anonymous.