Alligator, with Mississippi roots, rumored to have belonged to Hitler, dies at Moscow Zoo 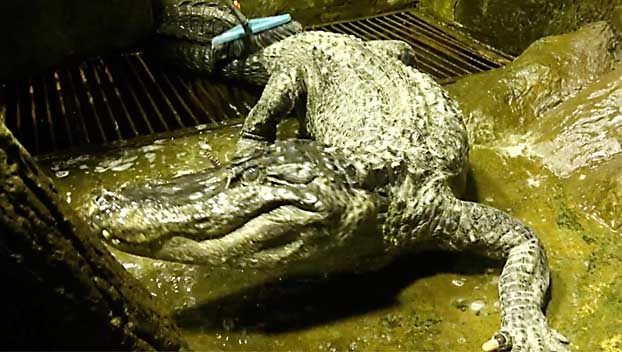 One of the most famous Mississippians in Russia — an 84-year-old alligator — has died, the Moscow Zoo reported.

The alligator, named Saturn, was rumored to have once belonged to Adolf Hilter, but the zoo discounted that notion.

“In July 1946, Saturn arrived in Moscow,” Moscow Zoo officials wrote in a public statement. “Almost immediately the myth was born that he was in Hitler’s collection, not the Berlin zoo. However, even if he was clearly one of the animals – animals are not involved in war and politics, it is absurd to blame them for human sins.”

The zoo said the alligator was about 84 years old when he died on Friday.

According to the zoo, Saturn was born in the United States, Mississippi to be exact, and later sent to the Berlin Zoo, from which he escaped when the zoo was bombed in 1943 at the height of World War II.

His whereabouts were unknown until 1946, when British soldiers found him and gave him to the Soviet Union, the zoo said.

The Associated Press contributed to this story.