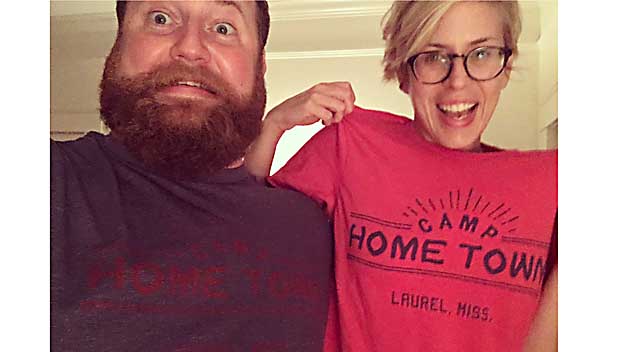 Ben and Erin Napier, stars of the husband-and-wife makeover show “Home Town,” announced this week that HGTV is renewing the show for another season.

Erin announced the news on her Instagram page. The show has become a fixture among fans as the Napiers detail the renovation of historic structures in their hometown of Laurel, Mississippi.

The series has become one of HGTV’s biggest successes, the network says, with approximately 30 million viewers. The new season is expected to debut in early 2021.

But fans can get their “Home Town” fix a little sooner as the season-four finale will air at 8 p.m. central on Monday, June 8 on HGTV.

The new 2021 season of “Home Town” will bring the usual restorations that have made Ben and Erin so popular, but they’ll also star in a six-episode, special series slated for 2021 on HGTV called “Home Town Takeover.”

That show will feature the couple leading a team working to makeover an entire town. The show sought video submissions from towns across America and one lucky town will be chosen.