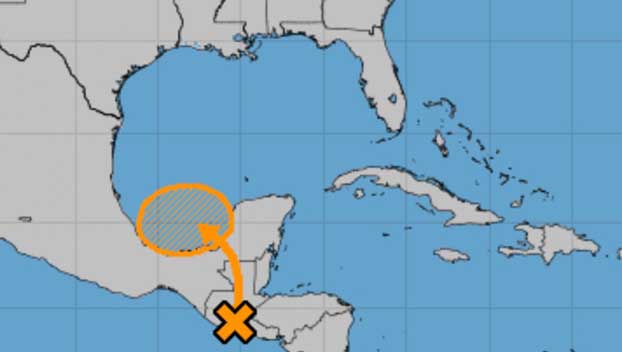 With the official start of the 2020 Atlantic Hurricane Season beginning tomorrow, forecasters already have their eyes on a tropical wave headed to the Gulf of Mexico that appears to have a good chance at developing into a storm.

Forecasters with the National Hurricane Center say the storm, the remnants of Tropical Storm Amanda from the eastern Pacific, is expected to move across Central America and emerge perhaps at the Bay of Campeche just off the Mexican coast on Monday.

If the remnants of the storm move back over the warm Gulf waters, forecasters say the conditions are good for developing.

The National Hurricane Center’s Sunday morning forecast showed a 40% chance of a storm developing in the next 48 hours and a 50% chance in the next five days.

The storm is expected to dump heavy rainfall on parts of Mexico. Where it may go if it redevelops over the Gulf isn’t certain.