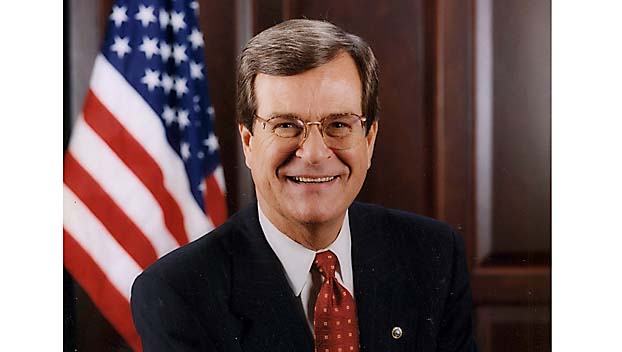 Lott’s departure was announced by Squire Patton Boggs’ CEO Mark Ruehlmann, who said in a statement that the firm “decided that it is the right time to make a change in the leadership of our industry leading public policy practice.”

Before he was removed from the lobbying firm, Lott served as co-chair of its public policy practice. He joined the firm after a separate lobbying firm Lott created with former Louisiana Senatore John Breaux was bought by Patton Boggs in 2010.

“As a global law firm, we are obliged to constantly evaluate and tailor our professional offerings to not only respond, but also anticipate the issues and concerns of an evolving marketplace and the clients we serve,” Ruehlmann said in the statement.

Lott, 78, is the son of Mississippi sharecropper rose to the upper ranks of Republican power eventually becoming the Senate Republican leader. He resigned as Senate Majority Leader in 2002 amid public backlash over comments he made regarding former South Carolina Senator Strom Thurmond who ran as a pro-segregation presidential candidate in 1948 and won Mississippi.

“I want to say this about my state: When Strom Thurmond ran for president, we voted for him. We’re proud of it. And if the rest of the country had followed our lead, we wouldn’t have had all these problems over all these years.”

Democrats said the comments showed the Mississippi native was supportive of racism. At the time, Lott apologized for the comments.

“A poor choice of words conveyed to some the impression that I embraced the discarded policies of the past,” Lott said in a statement shortly after the birthday party for Thurmond. “Nothing could be further from the truth, and I apologize to anyone who was offended by my statement.”

Lott resigned from his Senate seat a few years later in 2007 and soon after formed a lobbying firm with Breaux.

Lawmakers could change Mississippi’s state flag today. Do they…