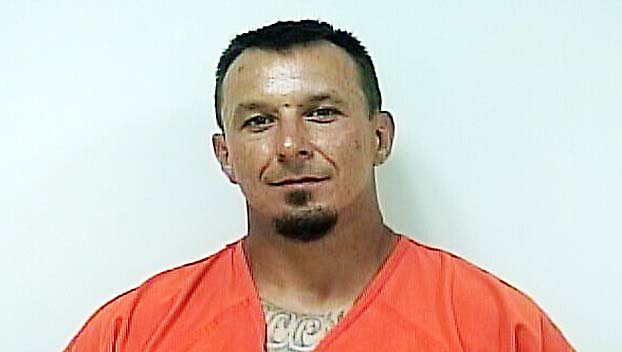 A Mississippi man was arrested Friday in Oklahoma after police say he led them on a chase reading speeds of nearly 160 mph on a motorcycle.

The man, identified as Christopher Confer, 33, of Southaven, Mississippi, allegedly eluded law enforcement officers from two different agencies and was taunting an officer from a third agency to chase him by popping wheelies and speeding up. Unfortunately for Confer, his motorcycle’s engine died allowing a park ranger with the U.S. Army Corps of Engineers to catch him.

Confer was charged with trafficking more than 200 grams of methamphetamine, reckless driving and transporting an open container of beer. Investigators said they found approximately 2.2 pounds of methamphetamine in Confer’s backpack.