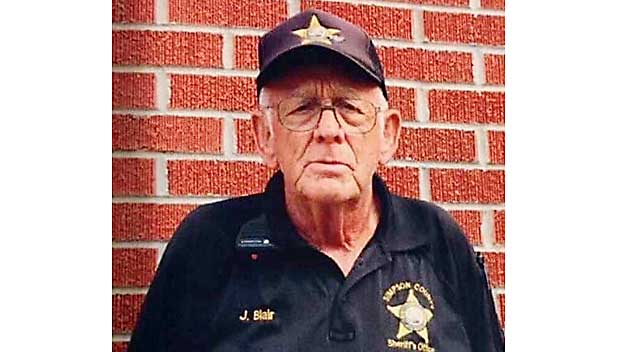 Investigators have identified the Simpson County Sheriff’s Office deputy who was shot and killed Friday in the line of duty.

Deputy James Blair, 77, had reportedly been in law enforcement and a first responder his entire life.

Blair continued to work, in spite of his age, because he and his wife were raising their grandsons after their mother died.

Blair was shot Friday. Investigators have identified the suspect as Joaquin Blackwell.

Blackwell is the subject of a manhunt by several law enforcement agencies.

The director of the Region 8 mental health facility in the area told media that Blackwell’s mental health was being evaluated while he was in the custody of the Simpson County Sheriff’s Office.

Reportedly, Blackwell grabbed the deputy’s firearm while getting into a patrol car and shot him. Blair was transported to a hospital but died later.

Manhunt continues for ‘armed and dangerous’ escapee accused of…