For rifle shooters, the venerable .30-30 Winchester stands test of 125 years 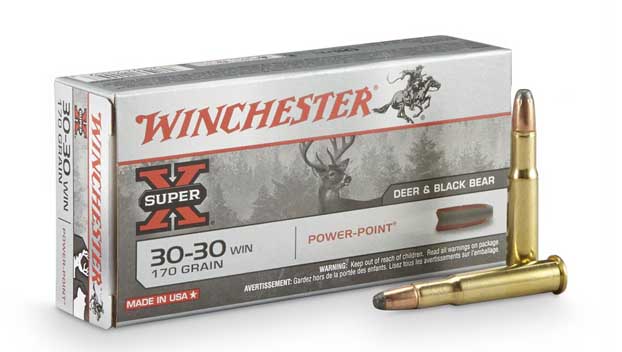 Many rifle cartridges come and go. What’s all the rage one day can easily fade away as it falls into disfavor among hunters. But one that has withstood the test of time and done so with more success than almost all of them is the humble .30-30 Winchester.

Originally named the .30 Winchester Centerfire, the .30-30 was among the first cartridges utilizing smokeless gunpowder. It was introduced by Winchester in 1895 in its Model 94 lever action rifle which was the product of famed gun designer John Browning. Shooting a 160-grain jacketed bullet at almost 2,000 feet per second, it was a speed demon at the time.

However, in coming decades, the little .30-30’s performance would be eclipsed by popular calibers such as the .30-06 Springfield, .308 Winchester, .270 Winchester and too many others to count, but the .30-30 kept chugging along.

According to Winchester, the light, fast-handling Model 94 has sold more than 7 million copies and when sales of other rifles chambered in .30-30 are thrown in, it is one of the most successful cartridges ever.

And 125 years after its introduction, it’s still enjoying success. According to gun writer Chuck Hawks, the .30-30 ranked fourth in centerfire rifle ammunition sales in the U.S. in 2015. According to Todd Sarotte, manager of Van’s Sporting Goods in Brandon, .30-30 ammunition sales are still strong at his store.

While sales of new .30-30 rifles these days are greatly eclipsed by other offerings, Sarotte said hunters are fairly loyal to the .30-30.

“It’s relatively low recoil,” Sarotte said. “A lot of people, that was their first rifle and they think it’s a good rifle for their kids. Stuff gets passed down.”

‘DOES EXACTLY WHAT IT IS SUPPOSED TO DO’

Michael Turnage of Purvis said his first rifle was a .30-30 and he’s still shooting it today.

“I bought my first Marlin 336 at 12 years old,” Turnage said. “I used it for several years with perfect performance until I thought I needed something more powerful.

“I graduated to a .30-06 and used it for several years. Added ammo cost, barrel length, recoil, and muzzle blast were the only real difference. I’ve killed deer with many different guns and cartridges over the last 35 some odd years, including some of the ‘newer, better’ cartridges and the deer just didn’t end up any more dead.

“So, several years ago I pulled out that old 336, dusted it off, and it has been the only rifle I have used since. I don’t need anything more powerful for the areas I hunt where a 150-yard shot is almost unheard of.

“My old 336 is short, light, maneuverable in the tight places I hunt, and does exactly what it is supposed to do every time with no fuss. Whitetails just really aren’t that hard to kill, and after many years of chasing them I have come to realize it is about the perfect rifle for me and the way I hunt.”

‘I WON’T EVER BE WITHOUT ONE’

Bobby Graham of West Point is also a fan of the old cartridge.

However, Graham said it’s not just about performance. It’s about the history of the cartridge and if others feel the same, the .30-30 will see decades of use in the future.

“It’s a nostalgia thing, but it works. That’s a good combination. I won’t ever be without one.”