Struck and dragged by speeding train, Mississippi woman has long recovery ahead 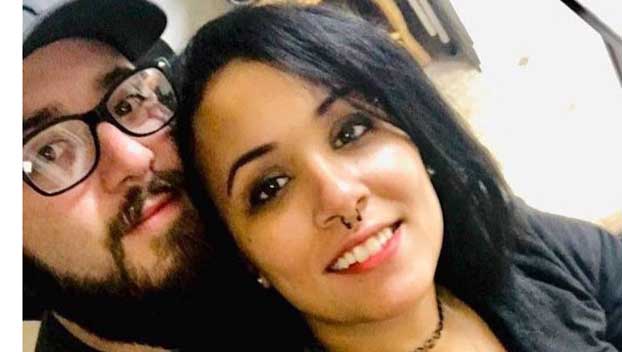 A Mississippi woman who was struck by a passenger train last month while she clung to the edge of a train trestle is expected to survive, but will have a long, slow recovery, her mother said. The woman’s husband was killed when the train caught the pair walking on a train trestle.

Camerine Mallery Reynolds, 27, of Biloxi was walking on the train trestle with her husband, Lonnie, that morning when the couple saw an Amtrak heading towards them.

The train was traveling at approximately 70 miles per hour and came too fast for them to react quickly enough. Lonnie was killed instantly. Camerine managed to stand on the edge of the trestle, but the train somehow caught her foot and dragged her down the tracks.

Lonnie and Camerine had just celebrated their first wedding anniversary. He was nearly finished earning a doctorate in professional counseling.

Camerine was airlifted to a hospital for treatment of numerous injuries. Her mother, Vicky Scott, said her daughter has since undergone more than 20 surgeries to save her life, and many more are planned to eventually get her back to a life of mobility.

However, it will be a long road. Scott said her daughter is expected to be in the hospital for several more months before doctors discharge her.

Now, the family faces mounting medical bills. Scott added that Camerine does not have medical insurance, and when she is finally released from the hospital, she will need regular care due to the long recovery period expected because of the injuries she sustained.

Camerine told her mother that she was conscious when the train started to drag her, Scott said.

As a result, Camerine suffered injuries to her foot, part of which had to be amputated, every bone on the left side of her body was broken, several internal organs were damaged and her pelvis was shattered. Just about every day Camerine either undergoes some sort of surgery or is put under for any number of other medical procedures, Scott said. This week she underwent her third operation to one of her arms in an attempt to reattach nerves.

While the specifics of why the couple was on the tracks are still unclear, Scott said her daughter said the couple thought the tracks were no longer in use. When they saw the train approaching, it did not appear to be moving as fast as it was, so they thought they could get out of the way in time.

At this point, Camerine is suffering from a severe case of PTSD.

“She said that all she hears is the train on the tracks,” Scott said.

While she won’t be able to walk when she is released from the hospital, Scott said that her daughter did not suffer brain or spinal damage, so the hope is she will regain her mobility. That means she may end up leaving the hospital only to immediately be taken to a rehabilitation facility.

Scott said that Monday made four weeks that her daughter has been in the hospital, and the doctors have alerted Scott to the fact that more months are ahead.

“All I know is they call it a big-ticket bill,” Scott said.

As such the family is looking for community support to help offset the growing medical bill. A gofundme has been established to raise money to help cover those expenses and can be found at https://www.gofundme.com/f/hit-by-a-train-and-survived-now-to-live.

Friday, Scott was in the process of packing her things to make the move from her current home in Las Vegas to move closer to her daughter to help care for Camerine’s children and Camerine.

“Her recovery is miraculous considering how much injury she sustained,” Scott said.

Mississippi doctor gets 4 years in prison, must repay…