Four arrests made in shooting death of 11-year-old girl 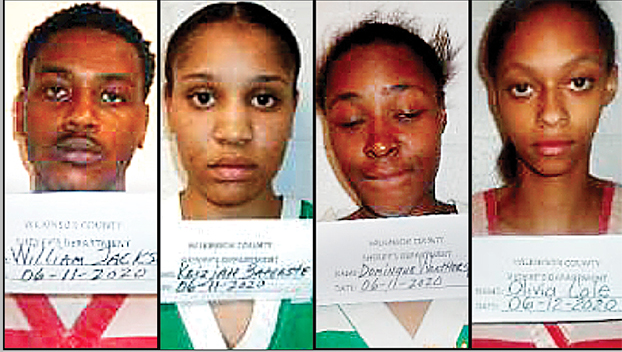 Four suspects are being held in connection with the shooting death of an 11-year-old child.

The four were captured on Airline Highway in Baton Rouge, Louisiana, on June 11, the same day of the fatal shooting, after the WCSO received several anonymous tips relative to the description of the vehicle that was possibly used in the shooting.

The Woodville Republican reports the four are being held in the Wilkinson County Jail but have not been formally charged as of Tuesday evening.

A fifth suspect, an unidentified juvenile, has also been picked up the case.

“There are other possible suspects to be arrested involving this tragic incident,” a WCSO news release stated.

In the early hours of June 11, WCSO deputies received a 911 call reporting a shooting at a residence north of Woodville. Several shots were fired into a mobile home and into a vehicle parked at the location.

As a result of the shooting, an 11-year-old girl inside the home was struck and injured. She was transported to a Centreville hospital in a private vehicle and later transferred to University of Mississippi Medical Center in Jackson, where she died of her injuries.

Minutes later after the first shooting, WCSO received a second 911 call reporting a shooting at another residence in a different part of Wilkinson County south of Woodville. The WCSO report states that bullets were fired at a home. One of the bullets struck the homeowner in the leg. The victim was transported to Our Lad of the Lake Regional Medical Center in Baton Rouge, where she underwent surgery for her injuries.

Neither the Wilkinson County Coroner’s Office nor the WCSO has released the names of the young child who was shot and killed, or the name of the woman who was shot in the leg.