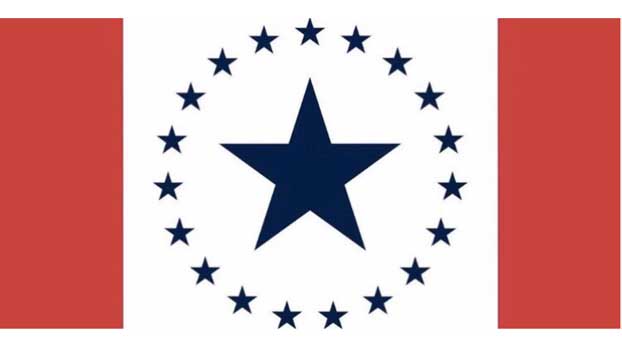 The designer of a highly-touted new Mississippi state flag design said she would step back from the effort to change Mississippi’s flag to avoid her name causing trouble for the group.

Laurin Stennis, who created what had become known as the “Stennis Flag” said on social media that she would not be front and center in the fight for a new Mississippi flag because the harm her last name might do for the cause.

Stennis is the granddaughter of the late U.S. Senator John C. Stennis, who served Mississippi for more than four decades but was for many years a segregationist.

Laurin Stennis created the flag several years ago as an option to replace the current state flag that includes a Confederate battle symbol.

Supporters of Stennis’ flag design, which has red vertical bars flanking a large blue star encircled by 19 smaller stars, said they will now name the design the “Hospitality Flag.”

Mississippi’s current flag has been controversial for many years due to the Confederate symbolism. Renewed calls for the flag to be changed have come up as national protests shed new focus on institutional racism in the wake of the death of George Floyd, who died while in police custody. The Minneapolis police officers who arrested Floyd have been charged with murder.