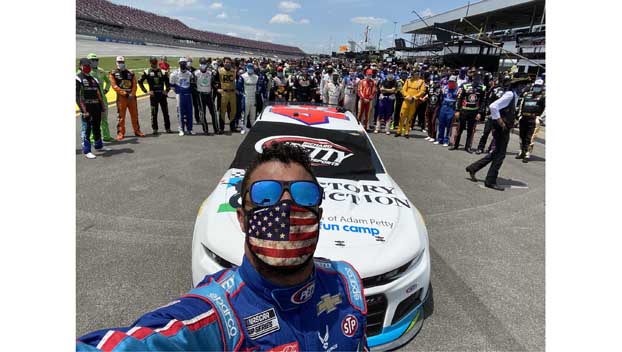 The black NASCAR driver from Alabama whose team found a noose hanging from his garage at Talladega Superspeedway Sunday says critics who have discounted the rope as just being a pull handle are just wrong.

“It’s a straight-up noose,” Bubba Wallace said in a CNN interview Tuesday night. “The image that I have and I have seen of what was hanging in my garage is not a garage pull. … We’ve raced out of hundreds of garages that never had garage pulls like that.”

On Tuesday, the FBI and other federal investigators announced after an extensive investigation, the noose did not appear to be targeted directly at Wallace. Investigators determined the noose had been in that particular garage since at least October 2019. Drivers are randomly assigned garages, thus police determined it wasn’t directly targeted at Wallace.

“It was a noose. Whether tied in 2019 or whatever it was a noose,” Wallace said. “So it wasn’t directed at me, but somebody tied a noose.”

Wallace is the only black driver in NASCAR’s top series and recently lobbied the racing entity to ban Confederate flags from its races.