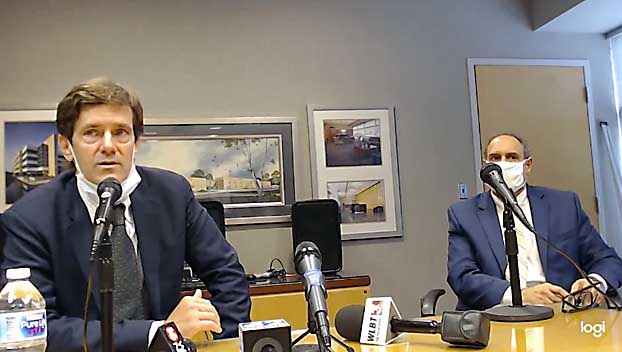 On the day Mississippi reported an enormous spike in COVID-19 coronavirus cases, the state’s two top health department workers pleaded with Mississippians to take the virus seriously to slow the spread.

Mississippi reported 1,092 cases Thursday, along with the highest number of hospitalized patients since the pandemic started in March.

“I’m absolutely terrified that we’re going to overwhelm the health care system, the hospitals and ICUs, not in the fall, which is something that had worried me previously, but now I’m worried about next week or two weeks from now,” Dobbs said.

“We’re already tight, we have a massively growing population of infected people that are going to transmit it more and more to older folks and people who are going to have severe adverse outcomes.

“People are still not social distancing. They’re still not wearing masks. These are transmission that’s occurring out in the community,” Byers said. “There have been lots of parties where 300 people are getting together and they’re close and they’re drinking after each other.”

Dobbs said the state was considering allowing nursing homes to open up and allow for family visitations, but said the community spread has delayed that.

“It is so selfish for people to be out doing stuff, perpetuating this pandemic, for nothing more than the crawfish boil,” Dobbs said.

“If we’re not careful, Mississippi is going to look like New York at the height of the pandemic and it’s in our hands,” Dobbs said. “We have the choice. and it just baffles me … With this trajectory, it’s going to be a mess.”