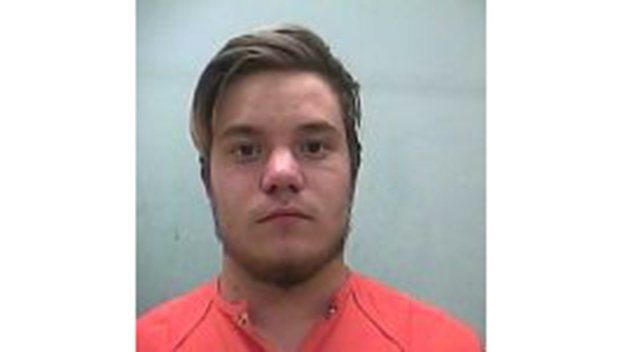 A Crosby, Mississippi, man was arrested in connection with the toppling of the Turning Angel monument at the Natchez City Cemetery early Tuesday morning.

On Tuesday, at approximately 12:42 p.m. a Natchez police officer was dispatched to the cemetery in reference to a malicious mischief report.

Upon arrival, officer Rebecca Minor made contact with the director of the cemetery, Mark Fortenbery. Mr. Fortenbery stated that around 12:30 p.m. he observed “The Turning Angel” monument on the ground, from the base. Mr. Fortenbery estimated the damages to be around $40,000.

Investigators received information that the suspect was possibly Petty.

After tracking Petty down it was discovered that additional individuals were at the cemetery when the incident happened, a news release said.

Video from Tuesday shortly after 1 a.m. shows a white SUV pull up with Petty and other occupants.

Petty jumped out of the SUV and went over to the Turning Angel monument. The front seat occupants remained in the vehicle. The rear driver’s side occupant jumped out and yelled at Petty not do anything stupid.

The occupants state that Austin began to rock the Turning Angel when it fell over. They then drove off. The occupants stated that they tried to get Petty to go talk to the police. All occupants were cooperative in the investigations. Video evidence supports the occupants’ stories.

The Natchez Police Department said it wants to dispel any rumors or social media posts that attempt to link this incident to any national protest, movement or to even suggest it was racially motivated. There is no evidence to support such statements.

“This is an isolated incident of a young man exhibiting poor judgment that will cost him for years to come,” the news release said.