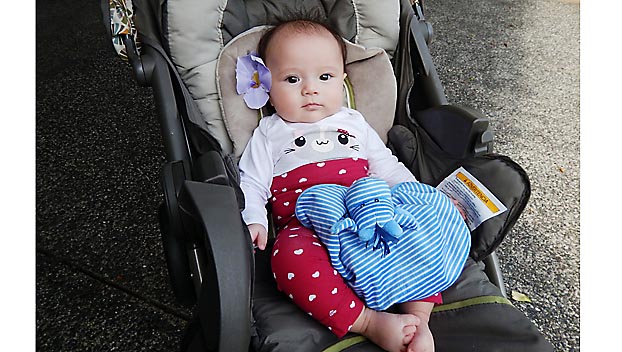 According to a report form Quote Wizard, which analyzed the U.S. Department of Transportation’s Fatality Analysis Reporting System (FARS) data to find which states have seen the largest decreases in child fatalities,

The use of car seats and other child auto restraints has resulted in a major decline in child auto fatalities, child motor fatalities in the nation decreased by an average of 52% since 1994.

The national average rate of child motor fatalities compared to all age groups over the last decade is about 5%. In Mississippi, the rate is 4.94%.

Here is a state-by-state look at the change in child fatalities rates since 1994:

Auto fatalities of children younger than 15 continue to decline every year. However, car crashes still remain a leading cause of accidental deaths for children ages one to 13. Many of these deaths have been determined avoidable with the proper use of seat belts, booster seats and car seat restraints.

According to the Governors Highway Safety Association (GHSA), 19 states have laws requiring children to sit in the rear but vary based on the child’s age, height and weight. The top states found to have the lowest overall child fatality rates have strict restraint requirements. For example, Illinois, which has some of the strictest child seat laws in the country, ranked second-most-improved state for child passengers in our report. Illinois’ laws require all children under two years of age to sit in a rear-facing seat unless the child is a minimum of 40 pounds or 40 inches tall. Similar requirements can be expected in the safest state, Connecticut. Children under two years or under 30 lbs are required in the rear-facing restraint system.

For younger children and infants, some form of car seat restraint is required in all 50 states (although laws on how they are used vary).
Eleven states require children under the age of two to sit in a child rear-facing car seat. These states include: California, Connecticut, Nebraska, New Jersey, New York, Oklahoma, Oregon, Pennsylvania, Rhode Island, South Carolina and Virginia.
In 49 states, a child auto restraint such as a booster seat is required for children who have outgrown their infant to small child safety seats.
The only state lacking booster seat laws is South Dakota. South Dakota ranked 45th in our report, making it one of the least safe states for child passengers.

Ole Miss officials say they will be ‘Campus Ready’…