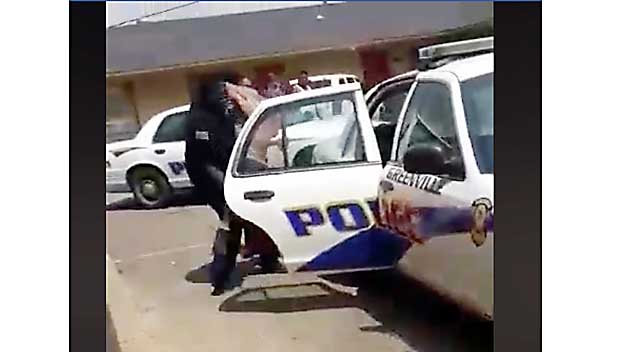 In a video widely circulated on Facebook, a Greenville police officer is showing picking up a suspect and body slamming him onto the ground. The video further shows the officer slapping the suspect’s head.

In a reverse of many of the national police brutality videos that have surfaced, in this video, the officer is black and the suspect being beaten is white.

The Greenville officers were reportedly responding to a domestic disturbance.

The officer has not yet been publicly identified.

Mississippi authorities say they’re searching for an “armed and dangerous” man they believe committed a crime with a minor last... read more