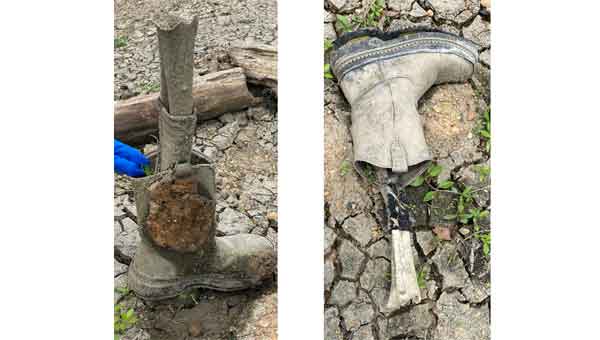 Mississippi Department of Wildlife, Fisheries and Parks officials on Monday reported finding a man’s boot with what appeared to be human bones in it along the bank of the Mississippi River in an area known as Anna’s Bottom.

“A man working in the area of the river walked upon what appeared to be a boot with human remains intact,” Lee said. “I arrived at the scene around 1:45 p.m. when I noticed a boot lying on the river edge where the water had receded.”

Lee said he has transported the remains to the Mississippi State Crime Lab where an anthropologist will conduct a post mortem examination and try to identify the remains.

Lee said any information anyone may have concerning an accident that may have occurred in the area would be helpful.

“I pray we can bring closure to a family who has a loved one missing after such a long time,” Lee said. “My prayers are with you.”