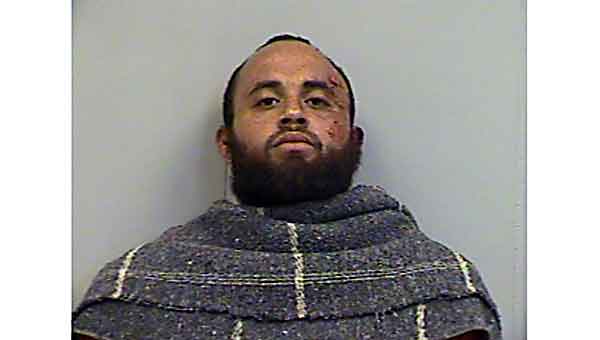 Natchez, Mississippi, police say a man driving a stolen vehicle led them on a chase Thursday afternoon before crashing in a ditch and sending all three occupants including a 6-year-old passenger to the hospital.

“During the course of the investigation, officers learned that the vehicle was being driven by a Barry Lemont Williams Jr. of Ferriday (Louisiana) and that the Lexus had been previously reported stolen out of Baton Rouge earlier in the morning,” a police report states. “The vehicle had two additional passengers, a 31-year-old female and her 6-year-old daughter.”

The police officer attempted to talk the driver out of his vehicle because he could not produce any identification.

“The driver decided to place the vehicle into gear and flee the scene,” the police report states, adding the officer proceeded to chase the vehicle down Government Fleet Road, “where the driver attempted to turn onto L.E. Barry Road where Mr. Williams ran off the road wrecking the Lexus. All three occupants were transported by ambulance to Merit Health Natchez.”

The driver, Williams, was later released and transported to the Natchez Police Department where he was charged with possession of stolen property and felony fleeing or eluding law enforcement.

Williams has not yet been arraigned and therefore did not have a bond early Thursday evening.

The daughter was released from the hospital while the mother remained hospitalized at this time.

“Not only was Barry driving a stolen vehicle, he demonstrated a total disregard for public safety for the motoring public as well as the occupants inside the vehicle he was driving,” said Natchez Police Chief Walter Armstrong.

Hoping to catch up on backlog, Mississippi ABC halts…