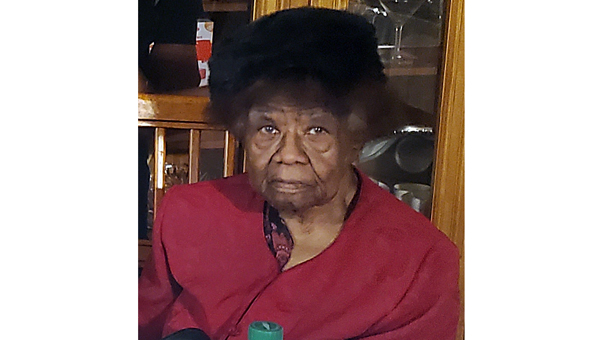 The New York Times reported that Emma had been one of the few surviving members in a slate of Black Mississippians who challenged the all-white delegation at the 1964 Democratic National Convention to bring an end to the lack of representation for minority groups.

She was a founding member of Mississippi’s Freedom Democratic Party who attended the August 1964 convention in Atlantic City under the name Freedom Democrats to challenge the state’s all-white leadership.

Her son, Everett Sanders of Natchez, said he recalled being at home with his father during the convention.

During the convention, Everett said he and his brothers and father, William Sanders, were at home and watched as his mother was interviewed live on television from Atlantic City.

“They put up her name on the screen and that she was from Jackson and so forth,” Everett Sanders said. “… We starting getting telephone calls and I listened to one of them. It sounded like a younger white male who called. The caller said, ‘This is the Atlantic City Funeral Home. We have the body of Emma Sanders. Where do you want us to ship it to?’ … We knew nothing had happened because we were watching her on TV where she had just gotten off of a live interview.”

Everett said shortly after the phone call, his father armed himself and alerted all of the neighbors of what had happened.

“There wasn’t a single person walking down our street,” he said. “We didn’t know what was going to happen or if someone was going to come shoot at our house.”

Everett said his mother was smart — having come from a family of educators — and was very strong-willed and committed to gaining respect and equal rights for all people.

She graduated from Alcorn State University in Lorman, then called Alcorn Agricultural and Mechanical College.

Her first job after undergrad school was teaching in the Jefferson County public school system and operating family restaurant near the Alcorn campus, Everett Sanders said.

She continued her restaurant and teaching career in Jackson.

Unable to attend segregated Mississippi universities, Everett said his mother worked toward her master’s degree in business at Indiana University in Bloomington and he would spend summers there.

Everett said his parents’ civil rights involvement began when he was in high school in the summer of 1963.

He and other students participated in a civil rights demonstration in Jackson, where they met up at a church and began marching downtown.

Everett said he and hundreds of other students were arrested during the demonstration and were carried in garbage trucks to the Jackson fairgrounds because there was no room for them in the county jail.

Two or three days later, Everett said he remembers his mother being asked to sign a statement that he wouldn’t participate in any other demonstrations before they would release him and she fought to have him released without signing it.

The Sanders family became active in a movement to take down Jim Crow-era barriers that reduced the number of registered Black voters to about 7% of those eligible.

They housed and fed volunteers in their Jackson home, drove them to and from meetings and helped register Black voters, Everett said.

Everett said he became acquainted with college students who came to stay in their home who were mostly white and some of them pursuing law degrees.

The family faced some racial hostility due to their involvement in the movement, Everett said.

“There were times that I was more uncomfortable than others. The support that my mom and dad provided and the strength and to see that they were committed to the same things I was made me feel more comfortable.”

Emma lived to see great progress in the Civil Rights movement and toward the desegregation of elected officials.

Everett said he was in college at the time his mother and a handful of other Blacks sued to allow Black names on the Mississippi ballots in 1966. When they won the suit, Emma ran for Congress as an independent against John Bell Williams and lost.

“At the time the court order came down allowing her to be on the ballot, my political science chair was very excited about it and he had got all of the members of the class to be involved in her campaign,” Everett said. “… She was quite a person, and we will miss her very much.”