“In today’s plea agreement, the defendant has admitted to actions that ended the lives of several military veterans who served our country honorably. Our investigation never lost sight of each of these lives and the sacrifices these men made for their country. The investigative work and the time it took to do it was always done with an eye towards honoring these men. Though we can’t bring these men back because of her evil acts, we hope the conclusion of the investigation and guilty plea helps ease the pain of the victims’ families,” said Powell. “I want to thank the incredible work by the FBI, the VA-OIG, the West Virginia State Police, the Greater Harrison Drug & Violent Crimes Task Force and our prosecution team. I also want to especially thank Attorney General Barr, and the families of the victims who never wavered in their support of this investigation. We look forward to the conclusion of this matter at the sentencing, where we will be seeking the maximum penalty.”

Mays was employed as a nursing assistant at the VAMC, working the night shift during the same period of time veterans in her care died of hypoglycemia while being treated at the hospital. Nursing assistants at the VAMC are not qualified or authorized to administer any medication to patients, including insulin. Mays admitted to administering insulin to several patients with the intent to cause their deaths.

“These cases are tragic and heartbreaking,” said Veterans Affairs Inspector General Michael J. Missal. “I thank the VA OIG agents and our law enforcement partners who worked tirelessly to ensure justice was served and that the victims’ families have some measure of closure. They are in our thoughts and prayers as we work with VA to help prevent anything like this from ever happening again.” 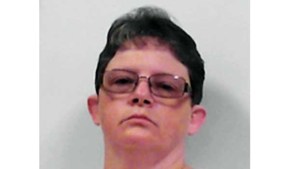 “When you break the trust you’re given as a medical professional and break the law, there are consequences,” said FBI Special Agent in Charge Michael Christman. “This was a lengthy and thorough investigation with hundreds of interviews, extensive medical and administrative records to review and forensic testing that needed to be done. These eight Veterans deserved respect and honor. They served our country and we all owe them a debt of gratitude. They didn’t deserve to die at the hands of a nursing assistant who intentionally inflicted pain on them and their families. I commend the work of my agents and our law enforcement partners with the Veterans Affairs Office of Inspector General.”

Mays faces up to life in prison for each count of second-degree murder. Mays faces up to 20 years in prison for assault with intent to commit murder.” Under the Federal Sentencing Guidelines, the actual sentence imposed will be based upon the seriousness of the offenses and the prior criminal history, if any, of the defendant.