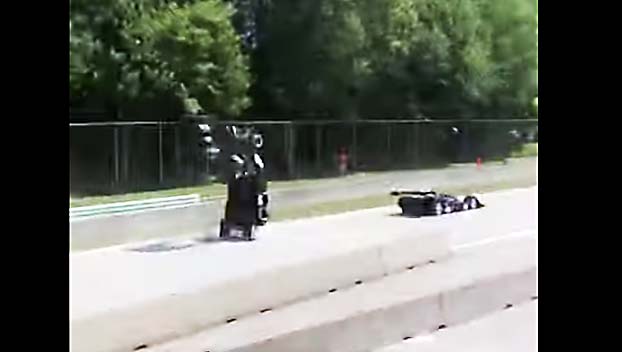 Mississippi race car driver Jim Pace walked away from this amazing crash Saturday after the vintage race car he was driving went airborne at a track in Wisconsin.

Mississippi native and professional race car driver Jim Pace walked away from a spectacular crash Saturday during a historic automobile race at Road America in Wisconsin.

The accident occurred during the WeatherTech International Challenge vintage races.

Pace was driving a Shadow DN4 car that won the 1974 Can-Am championship.

The accident occurred on a straightway as Pace was reportedly reaching nearly 180 mph in the car. As his car topped the hump of a hill, the car went airborne and flipped in the air.

Witnesses said it landed on its roll bar and skidded for 150 yards.

Amazingly, Pace walked away from the wreck.

Pace grew up in Monticello, Mississippi, and lives in Ridgeland.

He’s raced all over the world with a number of key race victories on his resume. In addition to racing, he also regularly teaches at car racing schools.