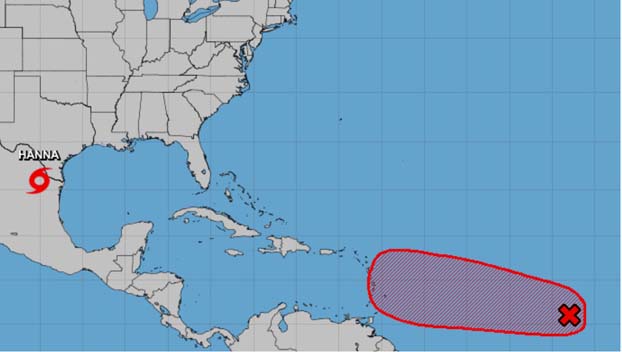 No sooner than Hurricane Hannah moved into southern Texas, National Hurricane Center forecasters are already busy watching another area of low pressure in the central Atlantic that they believe is likely to develop into another storm this week.

The broad area of low pressure in the central Atlantic is moving west at approximately 20 mph.

“Environmental conditions are forecast to be conducive for development and a tropical depression or tropical storm is likely to form within the next two or three days as the system nears the Lesser Antilles,” forecasters said.

While still days away from potentially impacting the U.S. mainland, the certainty that forecasters assign to this storm’s development makes it one to watch.