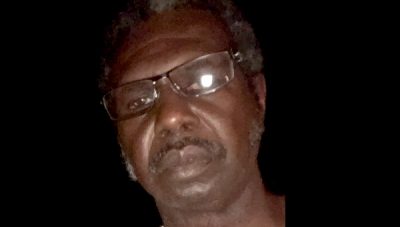 Nearly two months after he was reported missing, the family of Harold Lindsey can now have closure.

“The cause of death has not been reported yet, but [state forensic lab officials] did confirm, using DNA, that the body was Mr. Lindsey,” Huskey said.

Reported missing on June 12, the same day his truck was discovered abandoned on Ring Road, Lindsey, 63, was last seen by neighbors the previous day.

Warren County Sheriff Martin Pace said on that morning a call came in to 911 about an abandoned truck the caller felt was a safety hazard because it blocked a portion of Ring Road. Shortly after that call came in, just before 11 a.m., a deputy arrived and stayed on scene for hours, expecting the driver of the truck — Lindsey — to come back.

“The deputy sat with it for several hours expecting someone to come back to it because they didn’t want to incur the person a wrecker bill,” Pace said in a previous interview with The Post. “Later that afternoon, we and the family became concerned and that is when we started our search.”

That afternoon, personnel from the sheriff’s office began a search for Lindsey. The next day, the search was joined by Warren County fire, bringing the search team up to 15. On Sunday, June 14, Central Mississippi Search and Rescue, along with other units from neighboring counties joined the search, which pushed the search party to 40, Pace said.

A month later, on July 12, people hunting for antique bottles in an area of Ring Road came across a body that was significantly decomposed.

Just before 7:30 p.m. on July 12 Pace said individuals discovered human remains in the “same general area where we had been looking for Harold Lindsey.”

After the body was found and local authorities notified, Pace said he requested and received assistance from the Mississippi Bureau of Investigation’s forensics team.

Pace said the body was removed by the forensics team, under Huskey’s direction, and transported to the state medical examiner’s office.

Graveside services for Lindsey will be Friday, at 11 a.m., at Cedar Hill Cemetery under the direction of Lakeview Memorial Funeral Home.