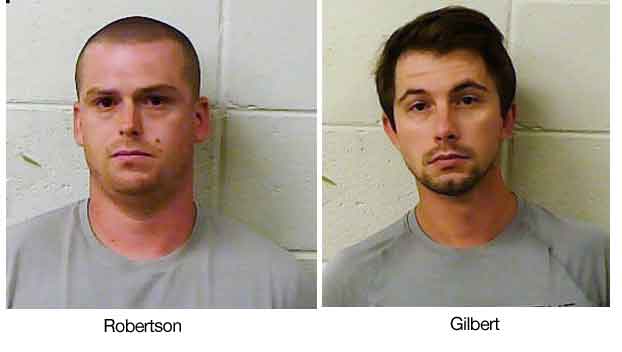 Two fired Mississippi police officers have been indicted on charges they severely beat a man during a traffic stop. One of the officers was also charged with manslaughter in the shooting death of a woman who was allegedly trying to steal a car belonging to the officer’s wife.

Former Laurel Police officers Christopher Wade Robertson, 28, and Bryce Gilbert, 27, were indicted for allegedly beating James Barnett after the officers pulled Barnett over for allegedly turning to avoid a roadblock in 2018. Both are charged with aggravated assault. The officers were terminated from the police force shortly after the incident came to light.

Robertson is also charged with killing Dominque Henry, who was driving a car stolen from Robertson’s wife at the time of the November 2019 shooting.

Robertson claimed self-defense in the shooting, saying that Henry attempted to run him over, but a Jasper County grand jury disagreed, citing the officer shot multiple times into the side of the vehicle.