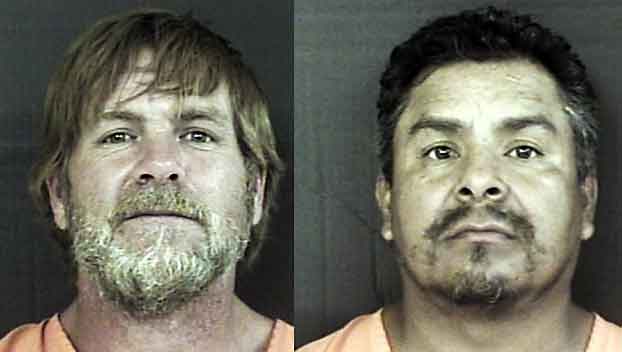 Mississippi sheriff’s deputies say they found 400 pounds of marijuana during a traffic stop last week when two men pulled over for having an expired tag began making them suspicious they had something to hide.

Madison County, Mississippi, Sheriff’s Office deputies report they pulled over Aaron Abernathy for having an expired tag on a travel trailer he was hauling on Tuesday.

After questioning Abernathy, deputies say they became suspicious of Abernathy and his passenger, Estebon Molina-Torres of Spokane, Washington.

After Abernathy allowed investigators to search the vehicle, deputies say they found 400 pounds of marijuana hidden in a false compartment of the travel trailer after a K-9 alerted to the presence of narcotics.

Both men were arrested and charged with trafficking marijuana. Both received $100,000 bonds, but Molina-Torres also has a federal immigration hold as well.