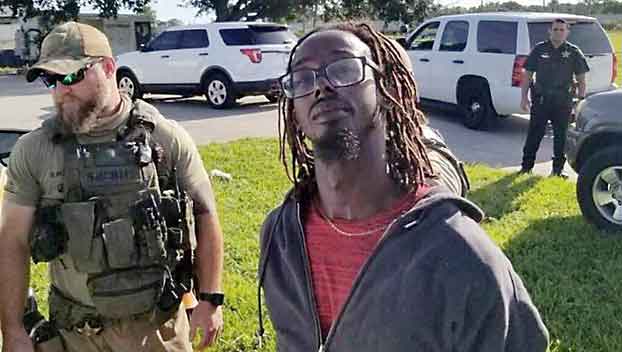 Several Florida children witnessed their mother’s murder Tuesday morning as they were attending their first day of school in a Zoom meeting from their home.

The victim, Maribel Rosado Morales, 32, of Indiantown, Florida, was shot multiple times and later died at a hospital.

Investigators believe that a domestic dispute started between Williams and Morales. The pair had apparently been separated for approximately one year, the sheriff said.

Approximately six children were in the house at the time of the shooting, ranging in age from 10 to 17, investigators said.

Investigators said it was unclear how many of the children were online in class at the time of the shooting, but they know a 10-year-old girl was online with her class when the shooting occurred.

“We think most of the children in the home saw (the shooting),” Snyder said.

The sheriff said he did not believe the suspect was related to any of the children.

The suspect was a prior felon and police believe the murder weapon was a gun that had been stolen.

“He is going to be charged with first-degree murder and a multitude of other felony offenses,” Snyder said. “Obviously, armed burglary, armed home invasion. There are enhancements for the offense because children were in the house.

The teacher on the other end of the Zoom call heard a commotion, profanity and quickly muted the audio so other children on the call did not hear any additional sounds, the sheriff said.

“And then she sees the 10-year-old put her hands up to her ears,” the sheriff said.

No children were injured, but the sheriff said the shooting occurred very close to the children, adding that the computer the child was using was struck by a bullet.

“I’ve learned through decades of doing this that when you think you’ve seen everything, you haven’t,” the sheriff Snyder said.