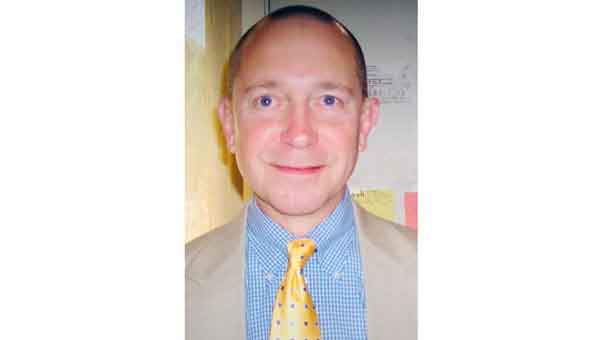 A local veterinarian and pilot was killed Tuesday night after his airplane went down in Leech Lake near Walker, Minnesota, family members said.

Thomas Archer Borum, 62, left Natchez on Tuesday morning to start a new job as a veterinarian in Bemidji, Minnesota, that has a satellite clinic in a town called Roseau.

“My brother, Tom, was a veterinarian so he was going to go up there and work for a couple of years,” said Dr. Chuck Borum, Tom’s brother. “He left yesterday and then he refueled somewhere in Missouri. Then he made it as far as a town in Minnesota named St. Cloud.”

Peter Knudson, a spokesman for the National Transportation Safety Board, which is investigating the accident, said the crash occurred at approximately 8:07 p.m. Tuesday.

Chuck Borum said he tracked his brother’s flight on a smartphone app.

“He communicated with the people on the radio and they recommended that he come down because of the bad weather, so he came down for a little bit and from what I understand waited for the weather to improve somewhat and he only had a little farther to go,” Chuck Borum said. “That was about 6 o’clock in the evening. Then he took off after that and we lost contact with him.”

“Until about 9 o’clock we were calling the law enforcement authorities in Bemidji and they directed us to Walker, Minnesota, which is close to where they lost contact with him and they started searching,” Chuck Borum said.

Searchers did not spot the airplane until Wednesday morning when they had better visibility in the daylight, Chuck Borum said.

“They found a plane, I guess, I talked to them about 10 o’clock (Wednesday morning), and they had found the plane,” Chuck Borum said. “They sent divers down and they found his body there (at approximately 2 p.m. Wednesday).”

Chuck Borum said Tom Borum and their whole family were very active in Boy Scouts and that Tom Borum had volunteered with Troop 157 at First Presbyterian Church.

“He was an Eagle,” Chuck Borum said. “Me and Tom and Alan and our cousin Rusty Easterling we were all Scouts. We are a Boy Scout family. My son, Jonathan, his cousin and my nephew, Chase Patrick, are all involved in Scouts. Tom always volunteered with Scouts.”

Adams County Coroner James Lee, who was a close friend of Tom Borum, said he is devastated by the loss.

“Tom was one of my best friends,” Lee said. “I’ve been knowing him for over 30 years. We met when I went to the vet clinic with my dog. … It’s very difficult for me to accept right now because Tom talked to me about everything. This is a sad day. My heart goes out to Dr. Chuck Borum and family. Tom texted me Saturday which we did a lot. Tom was like a brother to me and I will miss him every day I live on Earth.”

In addition to being a pilot and a veterinarian, Tom Borum also had worked for the Natchez Police Department and the Adams County Sheriff’s Office.

“He was very smart and a very hard worker,” Lee said. “We also trained for the police academy in 2006-2007. He loved law enforcement.”