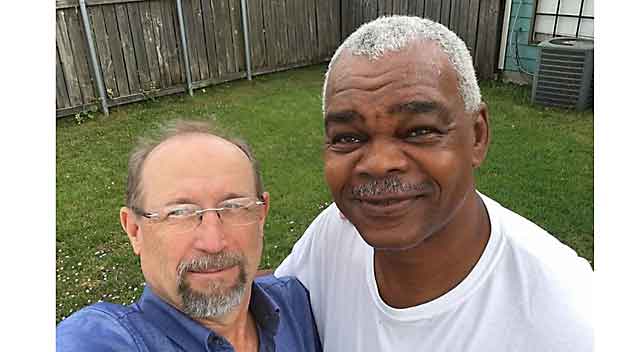 A Mississippi native and Pulitzer Prize-winning photojournalist will be featured Friday morning on NBC’s Today 3rd Hour show to talk about his new book.

Ted Jackson, who spent more than three decades as a photojournalist for The Times-Picayune newspaper in New Orleans, has written a new book titled “You Ought To Do a Story About Me.”

The book tells the story of Jackson’s 30-year-friendship with Jackie Wallace, a homeless man who he met under a bridge in New Orleans while on assignment only to discover Wallace had once played in two Super Bowls.

The book chronicles Wallace’s epic rise to NFL greatest and his fall to being a drug addict on the streets of New Orleans and along the way, the pair developed a unique friendship.

The Today Show interview is scheduled to appear in the Third Hour of the show which airs in most locations between 9 a.m. and 10 a.m.

Jackson won a Pulitzer Prize in 1997 as part of the newspaper’s team that produced an in-depth look at problems in the world’s fisheries and in particular the impact on the environment in south Louisiana. While Jackson worked on staff at the newspaper it also earned two Pulitzer Prizes for its coverage during Hurricane Katrina.

Jackson will have a book-signing from 6 to 8 p.m. Saturday at the Liberty White Railroad Depot in Summit, Mississippi, near Jackson’s hometown of McComb.