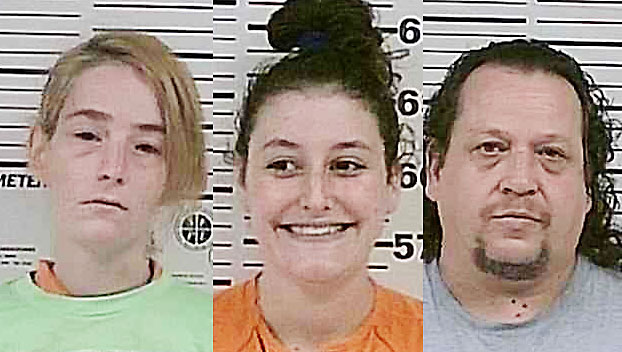 Anna Waldron, Kalie Green, and William Albright. No photo available for Samantha Dykes at the time.

Pike County Sheriff’s Office investigators and agents with the Mississippi Bureau of Narcotics and the state fish and wildlife agency started the investigation on Monday after becoming aware of the video.

Investigators said the investigation led to Anna Waldron, the child’s mother, and three others charged in the incident.

Police said they believe the 3-year-old had been allowed to smoke marijuana previously as well.

Waldron was charged with contributing to the delinquency of a child and conspiracy to distribute marijuana.

Kalie Green was charged with contributing to the delinquency of a child.

Samantha dykes was charged with possession of a controlled substance and possession of paraphernalia. Her photograph was unavailable.

Child protective services were notified and took custody of the child.