Mississippi woman guns down boyfriend after he refuses to marry her; TV show explores state murder 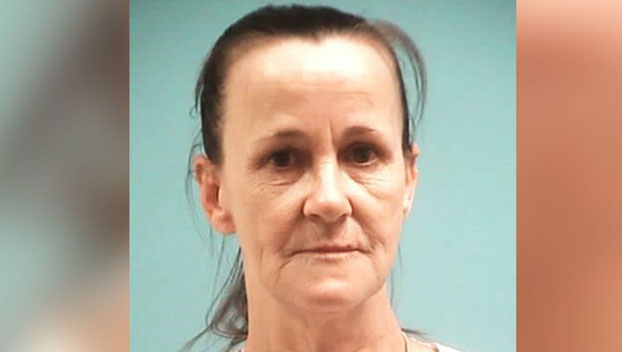 Clyde Daniels II had a restless spirit. He swapped careers and wives whenever he was ready for a new adventure, moving from one to the next. Usually, he came out ahead — that is, until one relationship ended with his murder.

Clyde, who was born in 1947 in Picayune, Mississippi, was a young man in the Navy when he met his first wife, Linda Daniels, with whom he two children, Chip and Sheila.

“My dad was kind of an adventurous fellow and an entrepreneur from a very young age, Chip Daniels told “Snapped,” airing Sundays at 6/5c on Oxygen.

After the Navy, the Daniels family moved back to Pearl River County, where Clyde kept an eye out for different work opportunities.

“He had a backhoe business. We had a motocross racetrack, which was a lot of fun. I mean, he was kind of into a little bit of everything,” Sheila Murray told producers.

After 17 years of marriage, Clyde left Linda for a woman named Maureen Daspit, whom he married in 1981. The couple had two children, Cassie and Dustin, and together, they started a successful Amway business.

Always on the lookout for something new, Clyde handed the Amway business off to Maureen and began working as a caretaker at a nearby 1,000-acre farm. The two ultimately separated in 2002, and he began dating Barbara Cameron, a former Amway saleswoman who had recently started working at the farm.

Clyde and Cameron later moved into a trailer on the property, where they lived with Clyde’s son, Dustin. When Dustin moved out, Cameron’s son, Max Weldon, took his place and worked at the farm for a brief time.

After seven years together, the couple seemed to have settled into their new life together, but in 2009, that all came to a screeching halt.

At half-past midnight on the morning of Jan. 20, Cameron called 911 to report that she had found her boyfriend unconscious outside their trailer. When deputies arrived, they found 61-year-old Clyde dead on the front porch in a puddle of blood.

An autopsy would later determine Clyde had been shot twice, once in the neck and once in the head, reported local newspaper the Picayune Item.

While speaking with detectives, Cameron was visibly distraught and revealed that after seven years together, she and Clyde had finally decided to get married. She claimed that prior to the murder, they had been watching television and were about to go to bed.

Cameron said Clyde went out on the porch to have a cigarette, and she went to take a shower, during which she heard loud bangs. She claimed she put on her bathrobe and went outside, where she saw Clyde collapsed on the porch and two men walking away from the scene, according to the Picayune Item.

After finding her boyfriend, she said she hid in the back bedroom until police arrived. When asked why anyone would target Clyde, Cameron told detectives he didn’t trust banks and kept large amounts of cash on hand.

“There was I think what turned out to be $8,000 in cash under the mattress. She also said that there was $30,000 in cash buried in a PVC pipe in the backyard,” former Pearl River County Sheriff’s Chief Deputy Shane Tucker told “Snapped.”

Cameron said Clyde, who had recently been diagnosed with emphysema, didn’t think he had much longer to live and that he wanted to save up $100,000 to leave to her.

Officers with the Pearl River County Sheriff’s Department were suspicious of Cameron’s story because no money had been taken, and there were no other signs of a robbery.

Investigators asked Cameron to come to the sheriff’s office and take a polygraph test, to which she agreed. On the day of the interview, however, she was overcome with emotion.

“She was so nervous, just kind of flushed, you know? Pale color. Her knees were weak. She was having trouble walking,” Tucker told “Snapped.”

Unable to interview Cameron, investigators returned to the crime scene and reenacted the events as she described them. They determined her story didn’t “add up,” reported the Picayune Item. They discovered that if Cameron had been in the shower when Clyde was shot, the killers would have been out of her line of sight by the time she got dressed and went outside.

While speaking with Clyde’s children, investigators learned that Cameron had been pestering Clyde to get married.

“He had told her no many times,” Murray told “Snapped.” “He had actually told her that if she kept pushing, then he was going to make her leave.”

The Daniels children also told authorities their father did not get along with Weldon — who had a prior brush with the law — which only created further tension in the relationship.

“Max had been involved in some kind of a shooting where a person was killed up in Yazoo County. It was ruled self-defense, and the charges were dismissed against him,” Tucker told “Snapped.”

When investigators were finally able to administer a polygraph test to Cameron, she failed. Despite the results, she maintained her innocence and said the polygraph machine was faulty. When asked if she had been in touch with her son on the night of the murder, she said they had spoken only once, briefly that evening.

Investigators subpoenaed Cameron and Weldon’s phone records, which showed they had called each other multiple times on the night of the murder. Weldon’s phone also showed that he had traveled from his home in Yazoo County to Pearl River County that evening.

The Pearl River County Sheriff’s Department arrested 46-year-old Cameron and 26-year-old Max Weldon on Feb. 17, 2009. They were charged with murder and held on $1 million bond, according to the Picayune Item.

Detectives interviewed Weldon, who claimed he was with his ex-wife on the night of the murder and nowhere near Pearl River County. Meanwhile, Cameron stuck by her story, even when confronted with the multiple calls between her and her son.

“I did not do anything wrong,” she said in a video interrogation obtained by “Snapped.”

Unfortunately for the mother and son, Weldon’s ex-wife’s story didn’t match his.

“She was told by Max to lie to us, to lie to police, to give him an alibi that night that he was with her the whole night. When pressed about it, she said, ‘No, he asked me to lie. He was not here. He left,’” Tucker told producers.

Speaking with investigators a second time, Weldon threw his mother under the bus. He said that on the night of the murder, she and Clyde had been fighting and that she asked him to pick her up in front of a nearby church.

Weldon claimed he arrived at the rendezvous point, but his mother was a no-show. Then, Cameron called him, and “she said, ‘He wouldn’t let me leave.’ I said, ‘What did you do?’ She said, ‘I shot him,’” Weldon told detectives in an interrogation video obtained by “Snapped.”

Following his mother’s confession, Weldon said he immediately turned around and drove home, not wanting to get caught up in a murder investigation. When asked why his mother would kill Clyde, he said, “I love my mother, but she does like money.”

When informed of her son’s statements, Cameron turned around and implicated him as the shooter. Tired of her relationship with Clyde, Cameron said she planned the murder with Weldon.

She said she left a gun outside for Weldon and paid him $1,000 cash immediately after the murder, passing the money over her boyfriend’s dead body. She then waited for Weldon to get a safe distance away from the trailer before calling 911, according to the Picayune Item.

In March 2011, Cameron pleaded guilty to murder and was sentenced to life in prison, according to the Picayune Item. She recanted her confession, however, saying she alone was responsible for Clyde’s murder.

Without enough evidence to obtain a conviction, authorities were forced to drop all charges against Weldon and release him from custody. Cameron is currently incarcerated at Central Mississippi Correctional Facility for Women. She will be eligible for parole in 2027.

This article was initially published on Oxygen.com and is republished here with permission.