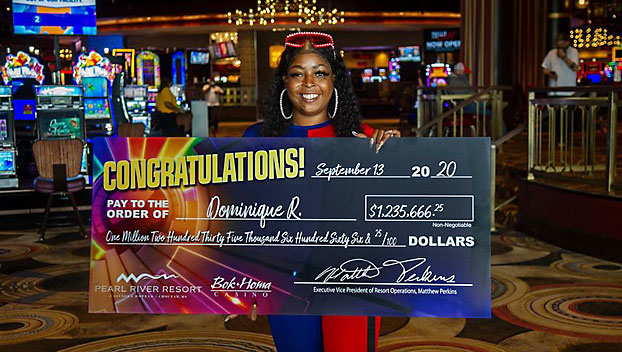 A Mississippi woman won $1.2 million this week playing a slot machine at a state casino.

Dominque R. (whose name was not released due to privacy concerns) was playing the Wheel of Fortune slot machine at the Golden Moon Casino at the Pearl River Resort when the machine announced she was a winner.

“When I won, I didn’t realize that it was as much as it was and it still doesn’t seem real,” said Dominique R. “My husband was with me and he was so excited and was jumping up and down. He told me that I just don’t know how life-changing this is for us.”