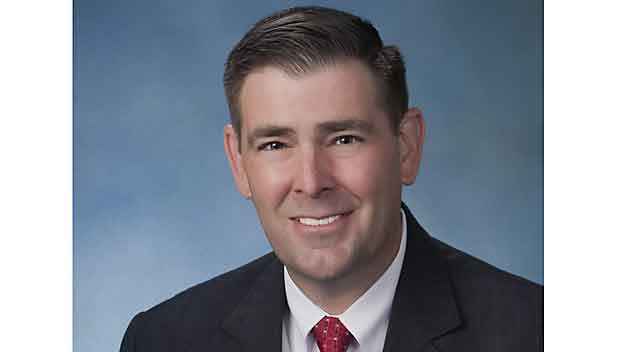 Despite holding a full-time, statewide elected position, Agriculture Commissioner Andy Gipson continues to practice law and is representing companies before another state agency.

Gipson, a longtime former state lawmaker who was appointed in 2018 by then-Gov. Phil Bryant as agriculture commissioner, remains an employee of the law firm Jones Walker, one of the largest 120 law firms in the U.S. with offices in multiple states including Mississippi. His position is listed as special counsel.

Among Gipson’s clients is Frontier Communications, a Connecticut-based nationwide telecommunications company that provides internet and cable service to about 1,800 customers in rural north Mississippi. The company has filed bankruptcy and is asking the Mississippi Public Service Commission to sign off on its restructuring plan.

The company has generated numerous complaints from Mississippi customers, and Gipson’s representation of it prompted recent calls to Mississippi Today.

Gipson, who receives $90,000 a year from taxpayers as agriculture commissioner, said he has taken “a significant reduction in pay” from the law practice because of his limited work. He said his legal work doesn’t pose any conflict with his elected office, and that he limits his law practice and manages his time well, giving taxpayers their full due as commissioner of agriculture and commerce.

He also said he cleared his law work with the state Ethics Commission and that he resigned his position as pastor of a church in his home area, although he still runs a cattle and tree farm.

“I have a history of doing several different things at a time and doing them well,” said Gipson, reached by phone this week while in Starkville on state agriculture business. “… It’s a matter of time management, being efficient with the time you have … I’ve stepped way back from my law practice. There are many other attorneys in my firm that assist on anything I do.”

While Mississippi’s weak ethics laws and enforcement don’t appear to prohibit Gipson’s side work or representing a private company before a state agency, an ethics expert said it could easily be questioned by the public.

“It’s not unusual or uncommon for a state or local official to still continue private employment after they are elected or appointed,” said John Pelissero, a senior scholar in government ethics with the Makkula Center for Applied Ethics at Santa Clara University. “But the problem comes in when their private actions, in this case as a private attorney, seem to be at odds with serving the public interest.

“What we have here is at least the appearance of a conflict of interest, which could be judged as unethical, if in representing private clients before this other commission he’s putting private interest of the client ahead of the public.”

Northern District Public Service Commissioner Brandon Presley represents people in Tishomingo, Rienzi, Guntown and New Houlka served by Frontier. Presley said he respects Gipson, but that his representation would not influence him or the commission.

“I wouldn’t care if their lawyer was Mickey Mouse — I wouldn’t be mean to them or sweet to them based on their lawyer,” Presley said. “I’ve been on Frontier’s butt … I’ve held the (approval of restructuring) up. I intend to hold it up if it takes until the Lord returns if we do not get an improvement plan.”

After complaints about phone and internet service lack of customer service from Frontier, Presley said he recently took a driving tour of their offices.

“In Guntown, people had left Post-it notes on the door asking for help about their phone service,” Presley said. “One had been there so long it had faded out. In Houlka, the windows are busted out of the office and they’ve stuck plywood pressed board up and there’s nobody there. In Tishomingo, there are bird droppings on the door and their sign is leaned up on a stump. In Rienzi, the welcome mat is a big old ball of moss and mold.

“It makes me mad when companies like Frontier act like absentee landlords, just here to make money and people are constantly upset with them,” Presley said. “I’ve talked to tons of customers. I have a problem with Frontier because I saw what looked to me like the abandonment of their facilities.”

In July, the Daily Journal reported the New Houlka board of aldermen voted to cut off water to Frontier’s office there because the company had not paid its bill in several months.

Frontier customer SaDeanna Hardin, echoing comments of others, wrote to Presley recently via social media: “Frontier is terrible. I have called them since June because either I have no phone or the static is so bad I might as well have no phone. I gave up the internet service because it was so unreliable. I can write you a book on the problems with Frontier.”

In addition to Frontier, Gipson also has represented Viasat Carrier Services before the PSC. Viasat is a satellite communications provider wanting PSC clearance to receive federal funds for providing internet services to rural areas in Mississippi.

Gipson, when he was first appointed by the governor to the agriculture post in 2018, requested a state Ethics opinion on remaining an employee of the law firm.

The Ethics Commission opined that he could, but warned “the official and the law firm must continue to avoid representing clients which are likely to have dealings with the (agriculture) state agency ….”

The opinion also cited state law: “… Elective and public office and employment is a public trust and any effort to realize personal gain through official conduct … is a violation of that trust. Therefore, public servants shall endeavor to pursue a course of conduct which will not raise suspicion among the public ….”

Ethics Commission Director Tom Hood said he is aware of no prohibitions against statewide elected officials having outside employment or income. He said that in unrelated cases, it has been held that “elected officials do not have office hours or work hours — they don’t have to put in a 40-hour week like an employee would.”

Gipson said he has continued private law practice since he served in the Legislature, but has always vetted this with the Ethics Commission. He said he gave up being a law firm partner when he first was elected to the Legislature, and that he now has “very limited law practice” and handles only “routine matters.”

Gipson said being a lawyer and keeping up to date with his legal training benefits him as agriculture commissioner as he deals with legal issues and statutes and regulations.

Gipson said he has always listed his other work or sources of income above $2,500 a year on the statement of economic interest he and other elected officials are required to file each year with the Ethics Commission.

In his latest statement, filed in April, Gipson listed his sources of income as ag commissioner, as a lawyer with Jones Walker, as owner of JA Gipson Properties, Gipson Land and Cattle Co. and D’Lo Corner Grocery and Market, and as an officer of a nonprofit called Ambassadors for Christ.

The Ethics statement also has a section where officials are asked to list any “person or business and the nature of business the filer represented or intervened for compensation before an authority of state or local government, excluding the courts, on any matter other than uncontested or routine matters, only if the filer is … an elected official … (or) an executive director of head of a state agency ….”

Mississippi reported an increase over the trailing averages in new COVID-19 coronavirus cases Wednesday along with more than 20 additional... read more