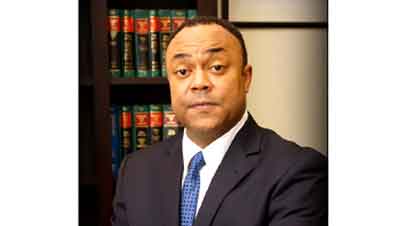 A former district attorney in Mississippi’s largest county is now representing some people he once prosecuted, court documents show.

Robert Shuler Smith did not seek reelection last year in Hinds County. He told WLBT-TV that he sees no conflict of interest. But the current district attorney, Jody Owens, is seeking to have Smith removed from one case.

Smith represents Prince Johnson, who was indicted by Hinds County grand jury in 2017 on eight counts of prescription fraud.

Owens recently filed a motion seeking to disqualify Smith from the Johnson case, saying state law and Mississippi Ethics Commission opinions show Smith should not represent people he once tried.

Smith said most cases are handled by assistant district attorneys.

Smith cited a Mississippi Supreme Court case in which a former assistant district attorney from Pascagoula later defended a person she prosecuted. The high court ruled that because that prosecutor didn’t remember prosecuting that case, it wasn’t a conflict.

Smith said he contacted the Mississippi Bar Association to ask if he could represent people he had once prosecuted.

“If anybody had an objection, they could raise it and we could discuss their position, but I never heard anything,” Smith said.

Adam Kilgore, general counsel for the bar association, said he could not comment on attorneys contacting the bar with ethics questions.

“The bar, specifically the Office of General Counsel, is prohibited from giving stamps of approval or disapproval as to a proposed course of action,” Kilgore said.

WLBT found another case listing Smith as a defense attorney. Ryan Davis is accused of shooting several people at a 2016 block party. Smith denies involvement in that case, despite court records listing him on the defense team.

“I don’t represent this person. I don’t really know why they have my name on this one,” Smith said.

However, he said he represents others that his office prosecuted.

”There’s actually a few, but we’ve been working those out,” Smith said.

Mississippi teacher fired after refusing to work in crowded…