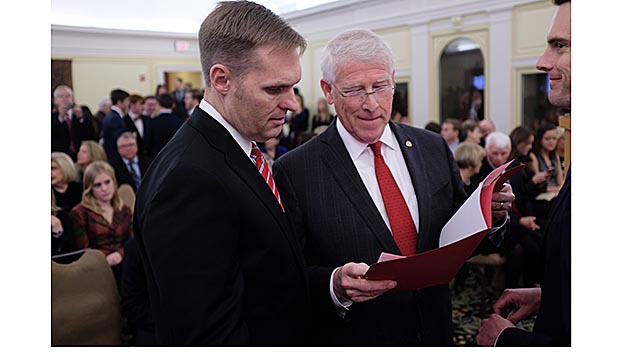 On Saturday night, Wicker issued a statement on the matter, just on day after the death of Justice Ruth Bader Ginsburg.

“President Trump and Senate Republicans promised to confirm well-qualified, conservative judges and justices to the federal courts,” Wicker wrote. “We should continue to fulfill this promise and our constitutional duty for all vacancies as long as we are in office. I look forward to consideration of the President’s nominee by the full Senate.”

Wicker’s new stance on handling vacancies during a presidential election seems a 180-degree reversal from what he said on the matter during March 2016 while Democrat President Barack Obama was in the White House and the race for his replacement had begun.

“The American people should have the opportunity to make their voices heard before filling a lifetime appointment to the nation’s highest court,” Wicker said in March 2016. “In November, the country will get that chance by choosing a new President – a process that is well underway.”

Wicker’s 2016 statement came a month after the death of conservative Justice Antonin Scalia.

The seat remained vacant until after President Donald Trump made the appointment in 2017 and the Senate later confirmed him.