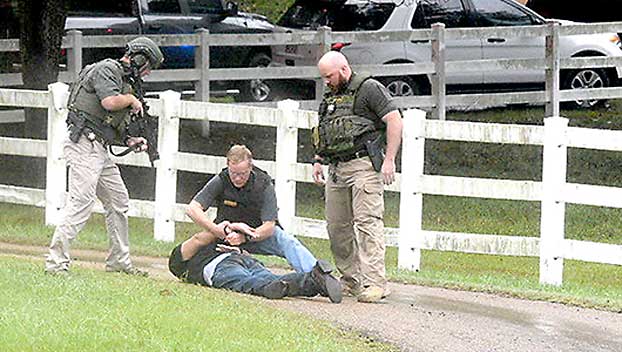 One suspect, Samuel Hunter Anderson, is in custody after reportedly shooting his grandmother early Friday.

Just before 8:30 a.m., 911 dispatched law enforcement and emergency medical units to the 9000 block of U.S. 61 South in response to a shooting. The victim, identified only as Anderson’s grandmother, called 911 to both call for help and identify the shooter.

Anderson was found and taken into custody just after 9 a.m. on the property. Authorities also reported the alleged weapon involved in the shooting was found.

The victim, who suffered serious, life-threatening injuries in the shooting, was transported to University of Mississippi Medical Center by ambulance. Due to the weather, it was not possible to transport her by air.