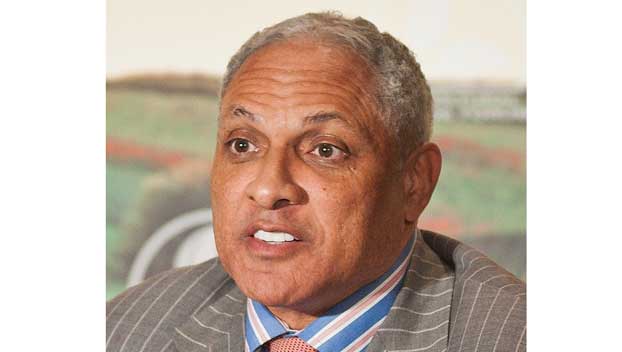 Hyde-Smith was appointed to the Senate in the spring of 2018 to temporarily succeed longtime Republican Sen. Thad Cochran after he resigned because of health concerns. She defeated Espy in a November 2018 special election to fill the rest of the six-year term that Cochran started.

Espy’s campaign announced his support from Biden in a fundraising email Wednesday.

“Mike Espy has spent his career working to improve the lives of Mississippi’s working families,” said a Biden statement in the email. “From his times as the first Black congressman from Mississippi since Reconstruction, to his critical leadership as U.S. Secretary of Agriculture to his role helping build a strong rural economy across the South, Mike Espy has the experience to move Mississippi forward.”

Hyde-Smith, 61, is a cattle rancher and former state senator. She was the state agriculture commissioner when then-Gov. Phil Bryant appointed her to the U.S. Senate, making her the first woman to represent Mississippi in either chamber of Congress.

Trump campaigned for Hyde-Smith in Mississippi in 2018.

Mississippi is a Republican-dominated state that last had a Democrat in the Senate in 1988. The state’s population is 38% Black. For Espy to win, he needs a strong turnout among Black voters loyal to the Democratic party while also gaining support from white voters disenchanted with the Trump administration.

During the 2018 election, a video showed Hyde-Smith, who is white, complimenting a supporter by saying she would attend a “public hanging” if the man invited her. She called it an “exaggerated expression of regard,” but Espy said it showed a callous disregard to Mississippi’s history of lynching.