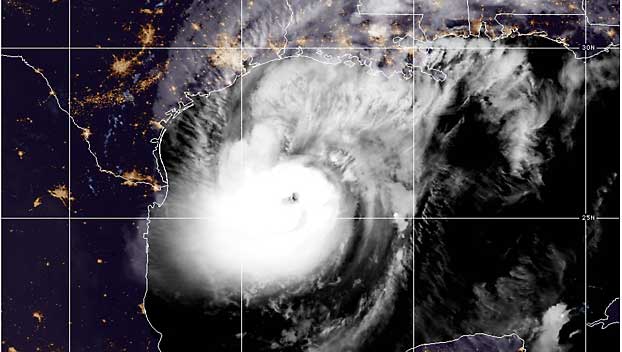 Mississippi is not likely to see the very worst of the storm making its way toward the region, as Hurricane Delta is expected to make landfall in Louisiana Friday, charting a similar path to Hurricane Laura in late August.

“There is a very good likelihood that while this is going to be a challenging event, it’s not going to be the kind of event that is talked about for the next 50 years, but that can change and when individual Mississippians, if they were to make bad decisions, then bad things could happen,” Reeves said during a Thursday press briefing.

Hurricane Delta is expected to make landfall Friday evening in southwestern Louisiana. The storm is then expected to enter Mississippi in the late morning on Saturday, bringing heavy wind, a few feet of storm surge, moderate rainfall and possibly tornadoes.

“We are hopeful that won’t be necessary, but as we always say, we want to prepare for the worst, pray for the best, and expect somewhere in between,” Reeves said.

Reeves said those living in the coastal, southwestern parts of the state and the Mississippi Delta can expect winds between 45 to 65 mph (72 to 105 kph) after the storm enters the state. West, central and northern counties could also see around 2 to 4 inches (5 to 10 centimeters) of rain, with the rest of the state seeing 1 to 2 inches (2.5 to 5 centimeters). Coastal areas could see between 1 and 4 feet (0.3 to 1.2 meters) of storm surge.

The storm is expected to remain in the state for around 30 hours, departing through Corinth at 2 a.m. Sunday, Reeves said.

In Jackson, Mayor Chokwe Lumumba told residents to take every precaution they can to keep themselves and their families safe in case the weather becomes more severe than expected.

“If there are things that you have on your property that are moveable by high winds, then we encourage you to put them away in a space that they will not be a threat either to you or anyone else,” he said.