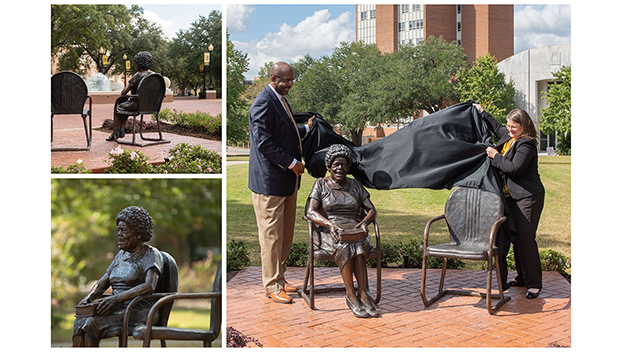 McCarty worked for 75 years as a washerwoman and donated the majority of her life savings to the university after her death in 1999 at the age of 91.

The unveiling of the statue on the Hattiesburg campus coincided with the 25th anniversary of McCarty designating Southern Miss as the beneficiary of the $150,000 planned gift, WDAM-TV reported. The life-size bronze sculpture is located on Weathersby Lawn in the heart of campus and was created by artist Ben Watts of Columbia, Mississippi. It was commissioned by the USM Foundation Board of Directors as a gift to the university and installed on Tuesday.

More than 100 students have benefitted from the Oseola McCarty Scholarship Endowment. In conjunction with the statue dedication and celebration, a fundraising initiative is underway to bring the endowment to $1 million, the university said.