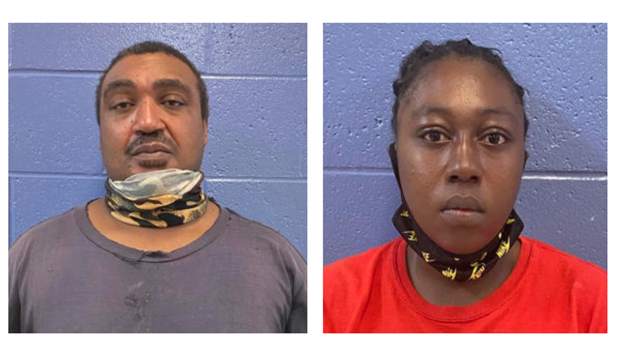 A man and his wife have been arrested after Louisville police officers determined the couple’s story about a robbery attempt gone wrong was untrue.

Louisville Police have charged Joseph Crawford with second-degree murder and Sherica Smith with accessory after the fact of murder.

Crwaford reportedly told investigators he refused to give the “robber” his wallet. Crawford said he and the “robber” fought over a handgun and the gun fired a bullet that wounded Jordan, according to police.

Following a polygraph test, detectives determined the story was made up.

Louisville Police said they also discovered that Crawford was reportedly having suicidal thoughts and that the victim, Markevius Jordan, tried to take the gun away from Crawford. The gun went off and wounded Jordan, who later died of his injuries at the hospital.

Police also said Crawford admitted to throwing a 9 mm handgun into a Madison County creek. The gun was later found by state troopers.

Crawford and Smith are being held at Winston County Corrections.

Preliminary reports to the Mississippi Emergency Management Agency say that more than 40 homes in Southwest Mississippi were damaged from... read more