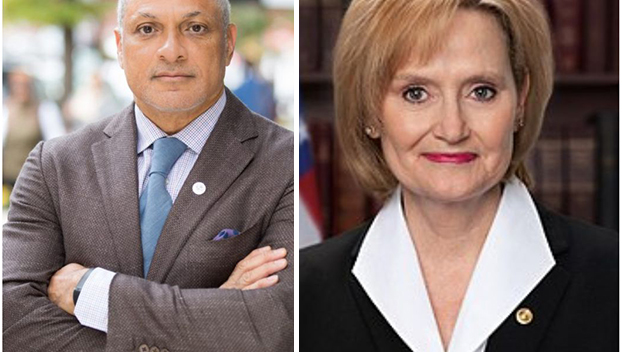 Espy said the incumbent senator is depriving Mississippi voters of a chance to make a direct comparison between them on issues. He said, for example, that he supports keeping the Affordable Care Act that then-President Barack Obama signed into law in 2010. Hyde-Smith, who campaigns as a supporter of President Donald Trump, has said the health care law needs to be repealed.

“The people of Mississippi — she’s disrespecting them. … She’s taking this for granted,” Espy said during a news conference in Jackson. “She’s sending signals that she does not have to earn their vote.”

Hyde-Smith has spoken to Republican groups the past several days in Madison, Columbus and Tupelo. She told WCBI-TV on Tuesday in Columbus that she would be open to debating Espy.

“I don’t mind it at all, we’re just working very hard. I’ll be back in D.C. on Monday. But I’d probably enjoy it more than I need to enjoy it,” Hyde-Smith said. “But there’s stark contrast differences between the two of us, so really we don’t know what there would be to debate, but I’m certainly willing to do it.”

Espy said Wednesday that the contrasts are the reason to debate. He accepted invitations from Jackson TV stations in August and September, but Hyde-Smith declined. Espy said he’s still willing to go face-to-face, with less than three weeks before the Nov. 3 election.

Former Gov. Phil Bryant, a Republican, appointed Hyde-Smith to serve temporarily in the Senate in the spring of 2018 when longtime Sen. Thad Cochran retired because of health concerns. A special election was held in November 2018 to fill the final two years of the term Cochran started, and Hyde-Smith defeated Espy in a runoff.