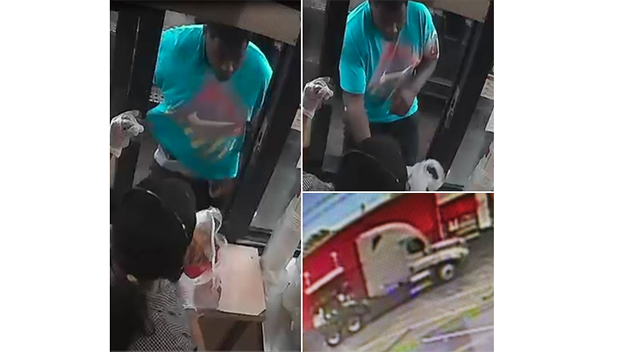 Police: Man shoots into restaurant drive-through window because his order was wrong

Police are searching for an angry customer who pulled out his gun and started shooting into a Memphis restaurant after he discovered the restaurant gave him the wrong order.

Investigators say the customer went through the drive-through of a Memphis KFC on Saturday and returned minutes later after discovering he had been given the wrong order.

Investigators say the man got out his semi-truck and walked up to the restaurant’s drive-through window demanding a refund. Surveillance video shows an employee giving the man his money back but, according to police, the customer was still upset and fired shots into the restaurant while driving away.

The bullets shattered a side window and penetrated several walls. No one was hit by gunfire.

Investigators are still looking for that customer. They posted pictures of him and the semi-truck he was driving on social media.

If you know anything about this case please call Crime Stoppers at 901-528-CASH.

The early morning commute was anything but normal for some Vicksburg drivers Wednesday. Drivers along a section of Clay Street... read more