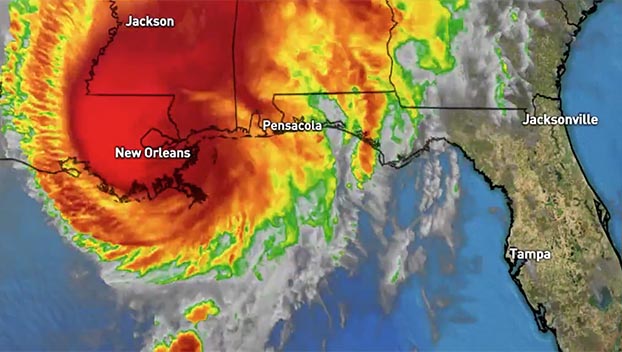 An Alabama man who was taking video of the winds and waves of Hurricane Zeta as it came ashore in Biloxi apparently drowned trying to escape the rising waters from the storm.

Harrison County Coroner Brian Switzer reported to the Biloxi Sun Herald newspaper that Leslie Richardson, 58, tried to leave after sending a video of the waves crashing onto the beach.

“The deep water started to come around the vehicle, he realized he was in trouble, and called 911,” Switzer told the Sun Herald.

Richardson called for help about 7:30 p.m.and police tried to reach him but the water on U.S. 90, which runs along the beach on the coats, was already over the vehicles’ hoods.

During the rescue effort, Richardson decided to leave his vehicle for fear the car was floating away. Dispatchers lost contact with Richardson after he exited the vehicle.

The search for Richardson ended when a guest at a nearby hotel called 911 about 9:30 p.m. and reported seeing a man from their hotel balcony, Switzer said. The caller tried to administer aid to Richardson, but it was too late. Switzer pronounced Richardson dead at the scene.

Richardson is the second death reported in the United States due to Hurricane Zeta.