Riverboats to return to Mississippi River with biggest cruise season ever 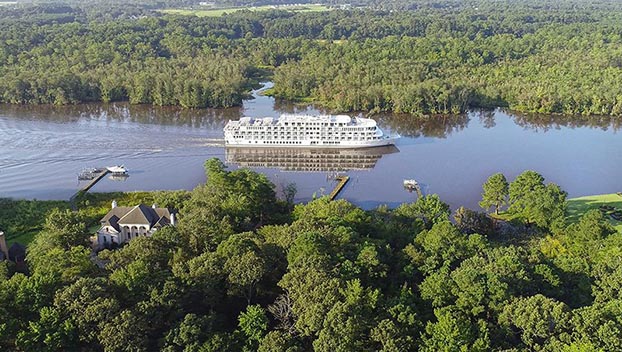 Riverboats will return to the Mississippi River with a new fleet, new programs and the biggest cruise season ever.

Officials with American Cruise Lines say they have plans for its “biggest season ever” on the Mississippi for 2021. Introducing: Two new modern riverboats, a brand-new “Music Cities” cruise between Nashville and Memphis, 15 new shore excursions, all-private transportation onshore, and new enrichment programs onboard. From late February through December, American’s new modern riverboats and classic paddlewheelers will ply the “Mighty River” from St. Paul to New Orleans.

Also new for next year, American has added over 15 new shore excursions, as well as new enrichment—focusing on culinary and active explorations on shore and musical entertainment onboard. American has expanded its shore-side options by adding 100 percent private transportation aboard new luxury “cruise coaches,” which follow the riverboats from port to port.

New cruise schedules through 2023 are available on the company’s website for all American’s small ship and riverboat cruises across the country. Visit www.americancruiselines.com.