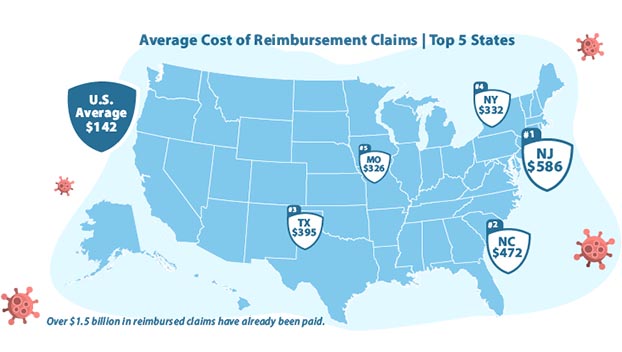 Mississippi spends less than the national average for testing and treatment of COVID-19 cases.

The United States is leading the world in total cases of COVID-19, with over 8 million. The high number of cases is perceived as troublesome, especially given the United States’ lack of health insurance among citizens.

Pandemic job losses have led to over 5 million people losing employer-sponsored health insurance coverage, and an estimated 10 million will have lost their employer coverage by the end of 2020. Congress did step up in a big way with the Families First Coronavirus Response Act and the Coronavirus Air, Relief, and Economic Security act. Each economic relief package gives over $176 billion for testing and treatment of COVID-19 for people without health insurance.

Officials at QuoteWizard analyzed CDC data that looked to total reimbursements in each state to see where the highest average rate of funds have been used so far.

Below is the full ranking of all of the states: