Analysis: Mississippi voters will say yes or no to new flag 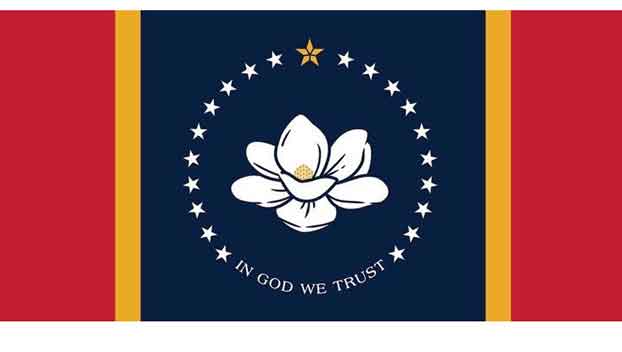 An expert says having a statewide election on a flag design is unusual, and Mississippi is having its second one in less than 20 years.

A single design is on the ballot for a yes-or-no vote. It has a magnolia on a dark blue background with red bars on either end. The state flower is encircled by the phrase “In God We Trust” and stars representing Mississippi as the 20th state. The flag also has a single star made of diamond shapes representing the Native American people who lived on the land before others arrived.

In June, Mississippi legislators surrendered the last state flag that included the Confederate battle emblem that’s widely condemned as racist. The change came as protests against racial injustice were happening across the U.S., and Mississippi was under pressure from education, business, religious and sports groups — including, notably, the state Baptist convention and the Southeastern Conference.

Legislators mandated that a new Mississippi flag must include the religious phrase and could not include the rebel symbol. They also created a nine-person commission to design a flag for voters to accept or reject.

“It’s highly unusual for people to vote on the flag that represents them,” Ted Kaye, secretary of the North American Vexillological Association, told The Associated Press in August.

Kaye said some cities have had flag elections, but he knew of only four larger jurisdictions that have had them. In 2001, Mississippi voters rejected change. In 2004, Georgia voters accepted a flag the state had been using for a year — a design that had replaced one featuring the Confederate battle emblem. New Zealand had a two-part referendum in 2015 and 2016, sticking with the national banner that includes the Union Jack. Now, Mississippi is voting again.

“Flags are almost always adopted by legislatures or parliaments or congresses,” said Kaye, who lives in Oregon and wrote “Good Flag, Bad Flag,” a guide that Mississippi commissioners consulted as worked on a banner this year.

Mississippi had used the same flag since 1894, when white supremacists in the Legislature adopted the design amid backlash to the political clout that Black residents gained during Reconstruction.

The flag had long been divisive in a state with the largest percentage of Black residents. Although voters chose to keep the flag in the 2001 election, all of the state’s public universities and many local governments stopped flying it.

Until this summer, a majority of Mississippi legislators were unwilling to consider changing the flag because they considered the issue too volatile. Momentum changed as protests broke out after a Black man was killed in Minneapolis police custody.

If a majority of voters say yes to the magnolia design, the flag will become an official state symbol.

If they say no, the old Confederate-themed flag will not return. Instead, a commission will design another new flag to go on the ballot in 2021. The new design would have the same rules: it must include “In God We Trust,” and it cannot incorporate the Confederate battle emblem.

Large flags hang from poles and smaller flags on sticks stand on rotating display cases at A Complete Flag Source in northeast Jackson, a former car dealership showroom with tall windows and lots of natural light. One corner has a display that includes an American flag and the proposed new Mississippi flag.

Brenda McIntyre, who owns the store with her husband, Jim, said last week that some people have been buying the proposed new state flag. But she said the retired state flag is also selling briskly: “We have customers that get the old flag every day.” 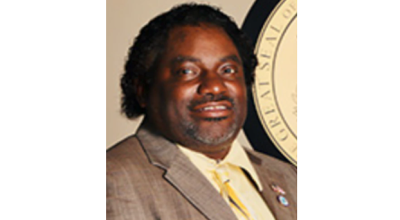