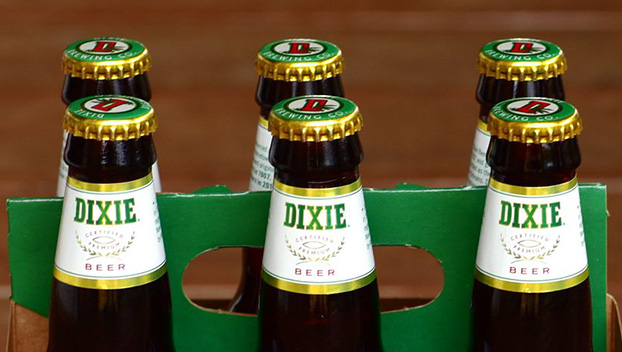 The iconic Louisiana brewery, Dixie Beer, which has been around since 1907, will now be known as Faubourg Brewing Company after the nationwide uproar over racial discrimination sparked the company earlier this summer to ditch the name associated with the Confederacy.
Gayle Benson, the owner of the NFL Saints who also owns a majority share in the brewery, announced the new name in a news release Wednesday.

The company announced back in June that it would be renaming Dixie, pointing to the conversations happening around the country about racial injustice. Dixie is often used to refer to the southern United States, particularly those slave-owning states that made up the Confederacy.

“Faubourg” is a French word often used in New Orleans to mean “neighborhood.”

“When the team embarked upon this journey in June, we understood that our new name must encompass the spirit and diversity of all of New Orleans unique neighborhoods. The Faubourg Brewing Company is a celebration of our city, our people, and our commitment to New Orleans,” the company said in a statement.

The company said it had been engaging with members of the community — including local historians, hospitality workers and culture bearers — since announcing the rebranding. They also received more than 5,400 suggestions from the public of what to name the company and the beer.

The company said on its website that society has changed in the way it views the Dixie name, and that they had increasingly been hearing from customers, employers and distributors that the name had the “potential to divide and offend.”

“We cannot continue using a word that is offensive to some of our customers and contrary to our core values,” the company said.
Beer under the new name will hit the shelves early next year.

Dixie Brewery originally opened in 1907. But after 2005’s Hurricane Katrina, it was brewed out of state. Gayle Benson and her late husband Tom Benson purchased the brewery in 2017, and in January they started producing it once again in New Orleans.