Mississippi program to use door cameras to fight crime 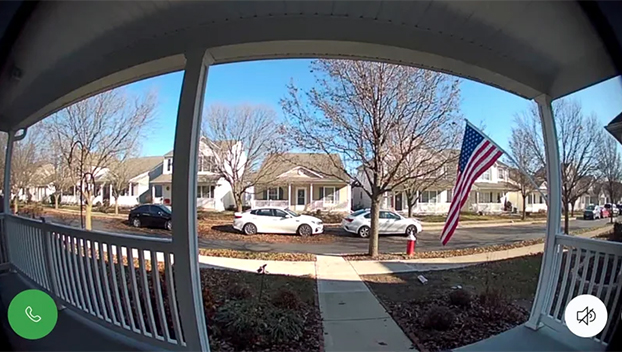 Recently, Jackson began a pilot program with two technology corporations to provide a platform for the police department to access private surveillance cameras such as Ring.

Mayor Chokwe Antar Lumumba said if home and business owners allow, they could give the city permission to access those cameras through the platform, and the city could use the data collected to track criminal activity, WLBT-TV reported.

Lumumba said the city would only be able to access the devices when crimes occur in those areas.

“Ultimately, what will happen is residents and businesses will be able to sign a waiver, if they want their camera to be accessed from the Real Time Crime Center,” he said. “It would save (us) from having to buy a camera for every place across the city.”

The city council signed off on entering the pilot program at its Tuesday meeting. The equipment needed to allow the center access to cameras is being provided by corporations PILEUM and Fusus.

PILEUM, an information and technology consulting company founded in 2002, is based in Jackson, according to its website. Fusus, a Georgia-based company, provides cloud services to allow real-time crime centers to extract video information, its website states.

“Fusus allows us to connect into cameras,” Lumumba said. “If someone says, ‘I want my Ring door camera to be used,’ we’ll be able to use it.”

Under the program, Lumumba said, once a crime is reported, crime center officials will be able to access cameras in the area to determine escape routes, look for getaway vehicles and the like.

“We’ll be able to get a location, draw a circle around it and pull up every camera within a certain radius to see if someone runs out of a building,” he said. “We can follow and trace them.”
The pilot program will be for 45 days and will not cost the city anything. The mayor said it’s too early to determine whether the city would continue the contract after that time.

The news comes as the city grapples with its deadliest year on record. According to WLBT-TV and FBI figures, 110 homicides have been reported in the city so far this year.