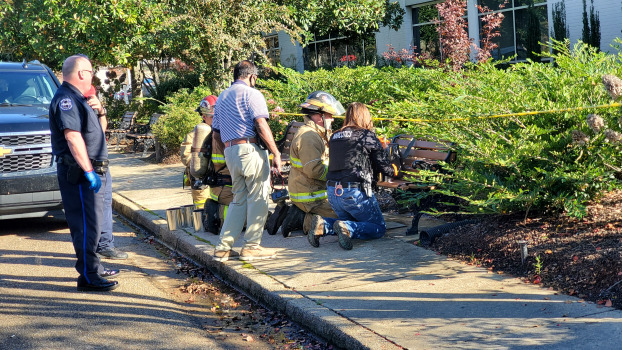 A good Samaritan reported a backpack in the bushes near the Emergency Room to hospital security after 2 p.m., who contacted Brookhaven Police Department.

Brookhaven Fire Department personnel and BPD officers were able to defuse the threat safely, and recovered at least one piece of evidence that may lead them to a potential suspect.

BPD contacted the Bureau of Alcohol, Tobacco, Firearms and Explosives and may involve the Department of Homeland Security, said BPD Chief Kenneth Collins.

“The matter is under investigation,” Collins said. “We ask people to be vigilant and look out for and watch out for each other. Let’s help keep each other safe.”

Collins said investigating officers are checking cameras and interviewing witnesses, and ask anyone who may have seen someone walking near KDMC or along Hwy. 51 carrying a small gray backpack or tote bag to contact BPD at 601-833-2424.

“You might think it’s nothing, but it might be just what we need to know,” Collins said.

Rare electric streetcar from 1900s removed from inside Mississippi house

For the first time since the early part of the 20th century, an electric streetcar that once ran a route... read more