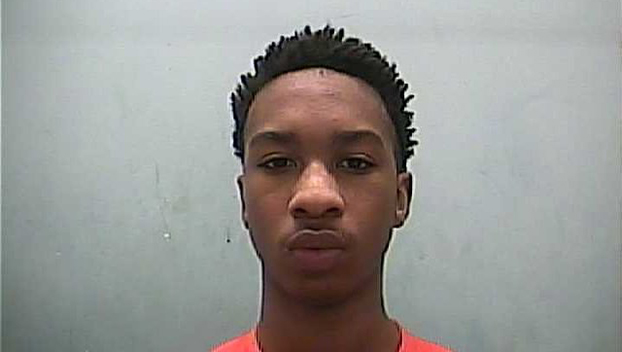 Adams County Sheriff Travis Patten said an ACSO deputy fired one shot at approximately 6 a.m. Friday at a residence in the 80 block of Hobo Fork Road near the Adams County Correctional facility.

The shot injured an armed suspect, in the wrist, Patten said. No other injuries were reported.

The suspect, Jordan Tyrese Donald, 17, is being treated at a Jackson hospital with non-life-threatening injuries, law officials said.

“It is Friday the 13th but it is also a good Friday because my deputy is alive,” Patten said while investigators were still working the scene Friday morning.

Patten said Donald has ACSO warrants for drugs and was recently bonded out of jail for shooting into a dwelling and attempted murder.

Donald is also a suspect in another double murder investigation, Patten said.

One other suspect was detained on the scene and is still being processed, Patten said Friday morning without identifying the second individual because the investigation is ongoing.

Patten said no less than 15 officers with the Adams County Special Operations Group arrived at Hobo Forks Road early Friday morning to serve a search warrant for narcotics and only one shot was fired.

“As they entered the residence, the young man who the search warrant was in reference to grabbed an AR15 style rifle, cut the flashlight on at the end of the barrel and pointed at the (special response team),” Patten said. “When he did that, the (first officer to enter) the residence fired one shot, striking the individual in his wrist — it went clean through his wrist. If the officer had not fired that shot, there is no doubt in my mind he could have possibly killed four or five deputies this morning.”

Patten said the suspect, after being struck, laid down the weapon and covered it up.

The second suspect was standing in the right corner of the room near where another semi-automatic weapon was found, Patten said.

Officials said the search yielded four semi-automatic rifles including the one that was pointed at the officers, one semi-automatic handgun, brass catchers and several green-tipped military-grade high capacity magazines with penetrator rounds.

Two elderly women were also in the residence when officers arrived but were uninvolved in the incident, Patten said.

Patten commended the actions of the officers for using only “the amount of force necessary” and for being non-complacent when they arrived to a dangerous situation.

“God had us covered this morning, the training paid off and these guys showed great resolve and resistance to not take it any further than they did,” Patten said, also thanking the Adams County Board of Supervisors for allowing the ACSO to have funds in their budget for training officers.

“These officers have conducted these types of searches hundreds of times and they did not get complacent. … It only takes one time for us not to go home. So I have to applaud them for what they did today. Right now in this nation, police are under fire and under attack daily but we still show up and answer the call,” he said.